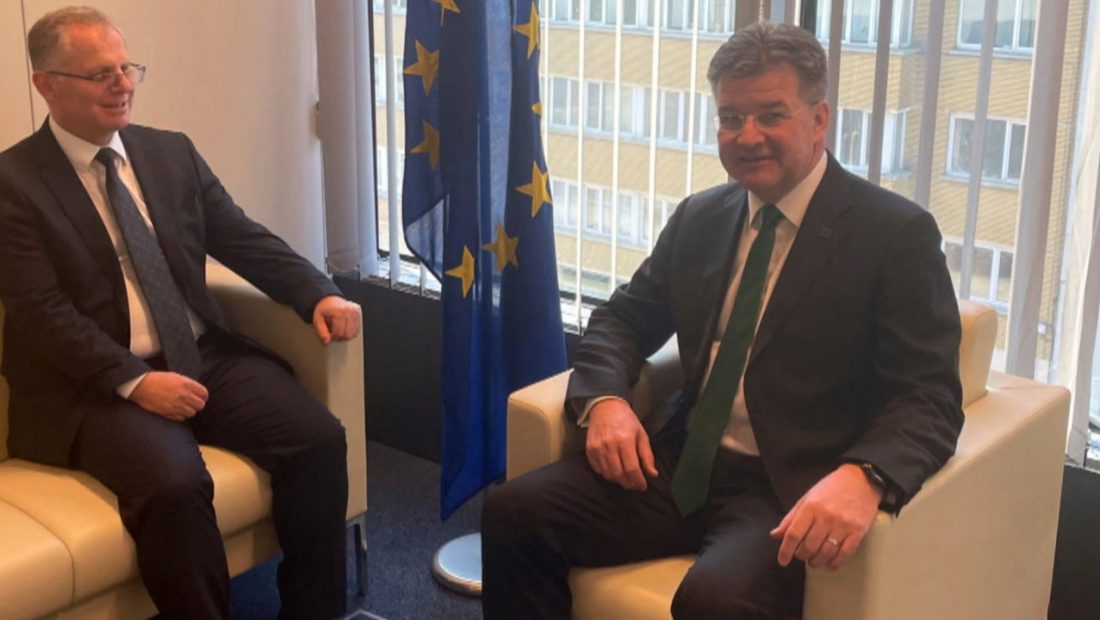 The conference in Brussels between Kosovo and Serbia’s main negotiators on the issue of license plates ended without an accord.

Miroslav Lajcak, the European Union’s special envoy for dialogue, urged the parties to continue negotiations until a resolution is reached.

“I invite the main negotiators to meet again in the next days to agree on the next steps and to continue negotiations on other current concerns,” Lajcak said on Twitter.

The EU official urges Kosovo and Serbia to avoid acts that could undermine ground security.

The deadline for the license plate agreement between Kosovo and Serbia in the last round expires tomorrow.

The interim agreement that governed the circulation of cars in the various territories with the coverage of state emblems expires today. While it is unclear how it would be implemented, it is expected to begin tomorrow, amid fears that the dire situation of last September could reoccur.

Kosovo Deputy Prime Minister Besnik Bislimi and Petar Petkovic, director of the Kosovo office in Serbia, are expected to inform their respective governments on the talks in Brussels.