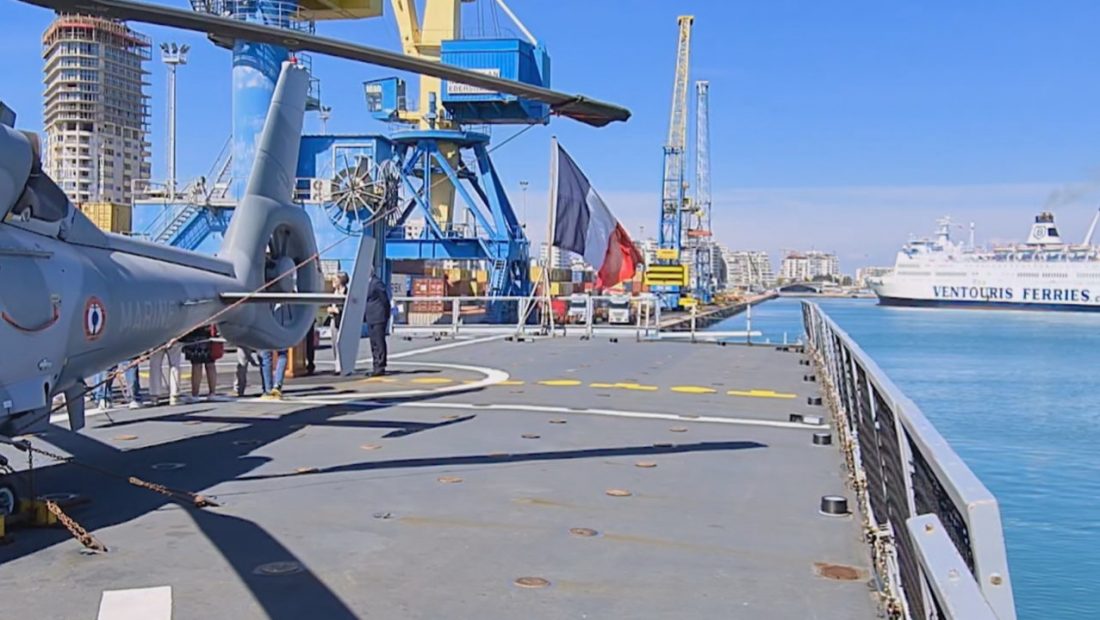 The Albanian military and the French ambassador to our country made a visit to the French frigate, which had anchored at the port of Durres the day before, as part of the mission that this warship is carrying out in the Mediterranean Sea.

On this occasion, the French envoy also announced the visit of one of five such polyvalent ships, which mostly execute covert surveillance and reconnaissance missions.

According to the French envoy, the polyvalent frigate’s visit has nothing to do with the military crisis in Ukraine, as it was planned months ago.

The French ship is one of the Navy’s five La Fayette frigates, which were built in France. As a covert and multipurpose warship, it excels at naval surveillance and reconnaissance tasks.