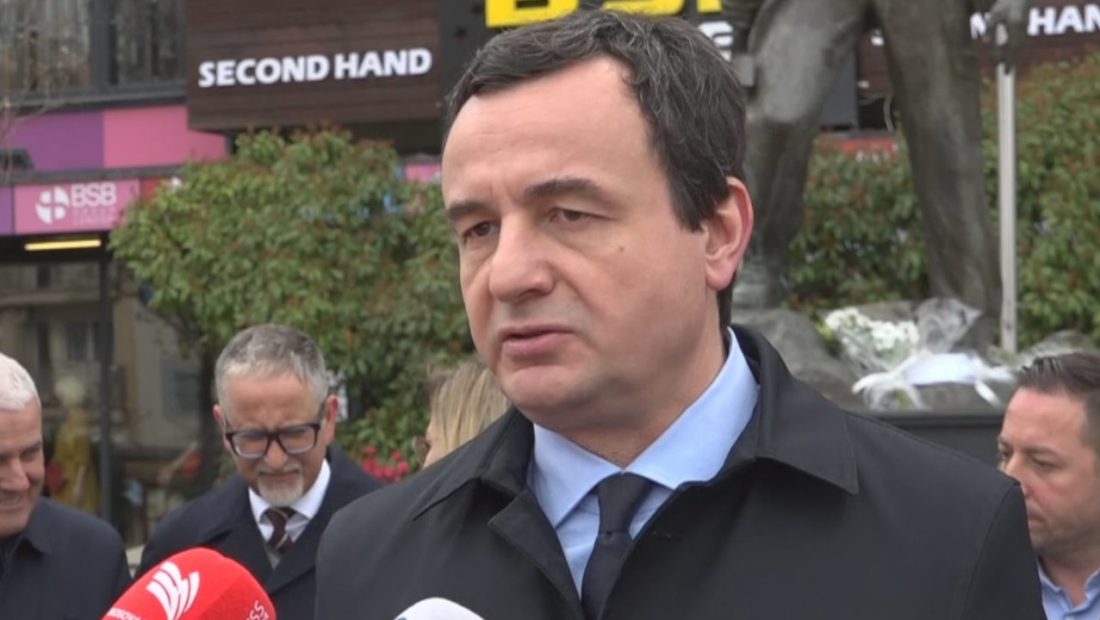 The Kosovo government has zero tolerance for Serbia’s illegal structures in Kosovo. The attack on police officers in the northern part of the country on April 15 was harshly criticized by Prime Minister Albin Kurti, who described it as a terrorist crime.

After paying tribute to the bust of Zahir Pajaziti, Kurti told reporters that the attack was intended to kill members of the Kosovo security forces. He went on to say that it is now up to law enforcement to investigate the security issue.

“The Ministry of Internal Affairs and the Kosovo Police are in charge of conducting verifications as well as investigations into the causes and circumstances of these attacks on our police officers. This attack has been strongly condemned by us. We are dealing with a terrorist incident because police officers were attacked with gunfire and grenades.  They were lucky that just minor damage was done to their vehicles.”

On April 15, the Minister of Internal Affairs, Xhelal Sveçla, stated that the Kosovo Police had been subjected to a series of attacks in the country’s north. These assaults, he claims, were intended to destabilize the government. A day later, there were allegations of explosive strikes near the Jarinje border crossing, which connects Kosovo and Serbia.

Following the homage in Pristina, the Prime Minister addressed the subject of license plates in his speech. He stated that the notion of reciprocity is unquestionable and non-negotiable.

“The deadline for agreement on license plates is April 21. I’m confident that the principle of reciprocity will be present. Technical aspects are handled by our technical group, which also attends the meeting. We also have the top negotiator, who is discussing how to reach an agreement.  The idea of reciprocity, however, is non-negotiable as the foundation of any future solution.”

Working groups mediated by the European Union must achieve a formal “license plates” agreement between Kosovo and Serbia before April 21, when the temporary arrangement ends, necessitating the installation of state insignia.