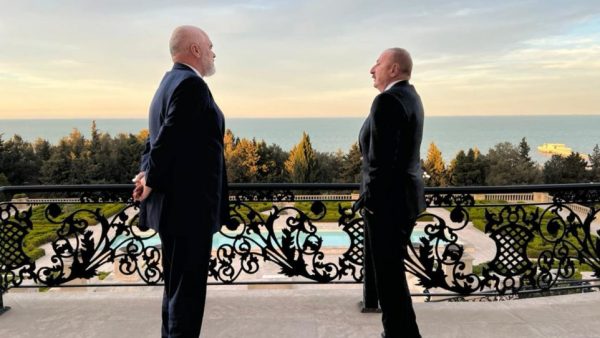 Prime Minister Edi Rama has stated that he will collaborate with Azerbaijan on a proposal to gasify Albania. Rama further stated that other tourism projects will be developed as a result of the collaboration with this country.

“On the one hand, we will collaborate closely on the gasification of Albania, and the first and most important step in this regard is the initiation of concrete work on the Ionian-Adriatic gas pipeline, which, through TAP, connects the upper part of Albania with Montenegro, Croatia, and Bosnia and Herzegovina, thereby turning Albania into a major gas distribution hub.

On the other hand, we discussed sitting down with our experts, Azerbaijani experts, and Turkish experts to discuss the idea of constructing a new refinery. We also discussed Azerbaijan’s tourism investment, given the outstanding example that Azerbaijan has set in Montenegro with the creation of an ultra-modern hospitality infrastructure,” the Prime Minister remarked in an interview after his visit to Baku.

Rama considers Azerbaijan’s President Ilham Aliyev to be a dear friend, thanks to Erdogan as well. ” We have been in communication with President Aliyev for a long time and have developed a very close friendship thanks to the fact that we have a wonderful mutual friend, President Erdogan. A s the OSCE Chairman-in-Office, Albania has been an unwavering supporter of Azerbaijan’s cause for the return of a portion of its territory under its sovereignty, and with this visit, we have in fact taken an important step, not because that is what should be said when a visit is made, but because we have decided to begin a process to strengthen our bilateral relationship through energy and tourism.”