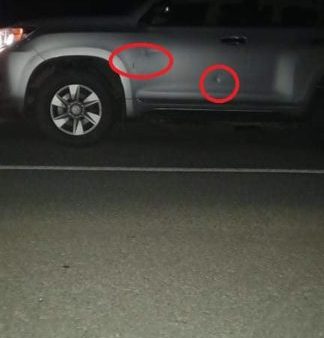 “At roughly 07:40 a.m. today, there was an attack on Kosovo police who were carrying out the border crossing patrols. This terrorist action, confirmed with hand grenades and an AK-47, was carried out with the intention of frightening police and citizens. In the past three days, different groups have carried out four attacks on the Kosovo Police,” he stated. “At the moment, Serbia’s purpose is not to attack Kosovo, but to destabilize it. We are not afraid of any scenario from Serbia.”

Samedin Mehmeti, the director of the Kosovo Police, stated that no injuries occurred as a result of the troops’ and armored vehicles’ actions.

“We had four synchronized attacks on the Kosovo Police beginning on the 13th. This alerted us to the fact that we are dealing with an organized group whose goal is to obstruct the Kosovo Police. In the first attack, over 40 shrapnels in metal form were deployed to disrupt police patrols,” he said in a press conference. “In the second attack, the police officers were attacked with stones. The third attack took place last night, when 30 bullets were fired at the police, and today the police officers were attacked with grenades and AK 47.”