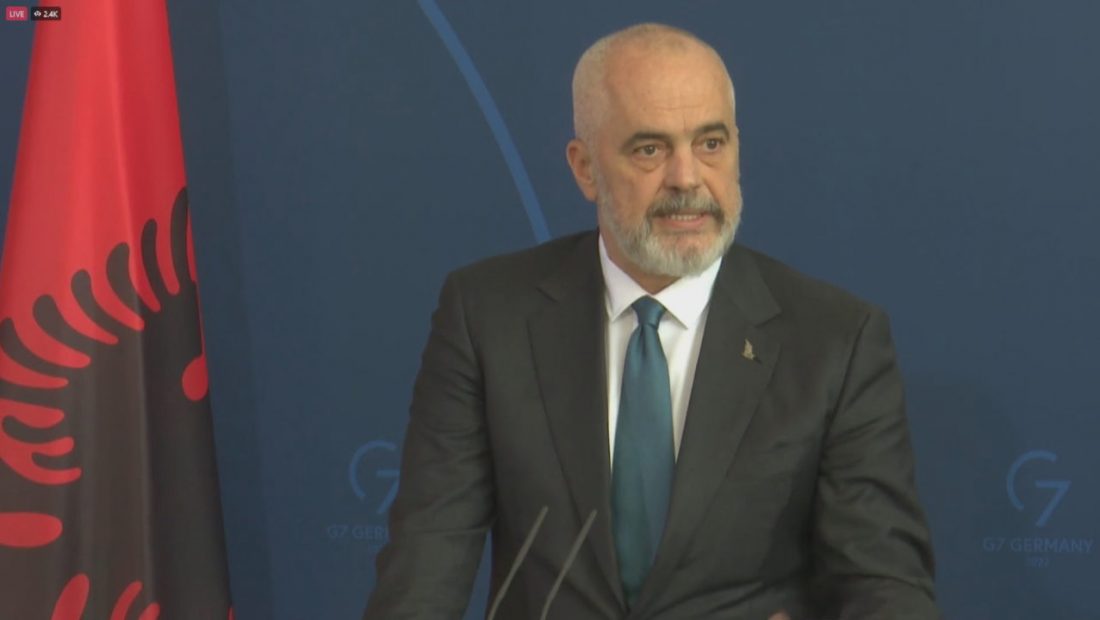 If the negotiations for Albania are not reopened in June due to a possible blockade imposed by Bulgaria on Northern Macedonia, Albania will request to be treated individually and not penalized for their disagreement. Prime Minister Edi Rama revealed this during a joint news conference with German Chancellor Olaf Scholz, from whom he received a personal promise on this matter.

“This will occur only if the negotiations are not reopened in June due to Bulgaria. We will continue to support Northern Macedonia until June, when both countries should be given the go-ahead. If Bulgaria continues to block Macedonia, we will request that we be handled separately, as this is something we cannot afford for a long time. This is equivalent to being unable to leave the house because two neighbors must resolve the issue with each other.”

Rama could not hide the recurring disappointment with the EU regarding integration, emphasizing that Albania will continue to perform its work not for Brussels, but for the future of its own children.

“We don’t have high hopes because we’ve been let down numerous times in the past. It has been significant for us since you are the only body capable of objectively assessing the progress of countries, whereas the council makes political judgments. We’re used to being let down, so we expect nothing but what’s rightfully ours. If we do not obtain it, we shall bear no grudges and will continue to perform our duties. We do it for our children, not for Brussels.”

Germany commits to support EU accession negotiations with Albania, Scholz: “Progress has been achieved, the Berlin process must be revitalized.”

Germany is determined to pursuing membership talks with Albania and Northern Macedonia. German Chancellor Olaf Scholz made this promise during a joint press conference with Prime Minister Edi Rama in Berlin, while he also commented Russia’s aggression against Ukraine. Albania has made strides in the rule of law, human rights, and the fight against corruption and organized crime, he stated during his speech.

“In the face of Russia’s aggression against Ukraine, we require coordination. It demonstrates, unfortunately, that European triumphs are not self-evident. We must commit to daily engagement from the start. Germany is determined to begin membership talks with Albania and Northern Macedonia. This is critical for the region and Europe as a whole. Albania accepts constructive responsibility as a non-permanent member of the World Bank, NATO, the OSCE, and several international organizations.”

Scholz requested a cease-fire in Russia’s war against Ukraine during the joint press conference, while also announcing the signing of a deal on mutual recognition of driving licenses in Tirana tomorrow.

“We are all asking Putin for a cease-fire and peace talks. Albania is a country with whom we have strong connections. Tomorrow in Tirana, an agreement for the recognition of driving licenses will be signed. Albania has made significant progress in the rule of law and human rights, as well as in combating corruption and organized crime. I’d like to encourage you to keep putting these into practice. The free movement of people and products is critical for the region in order to restart the Berlin process. Together with my government, I am committed.”