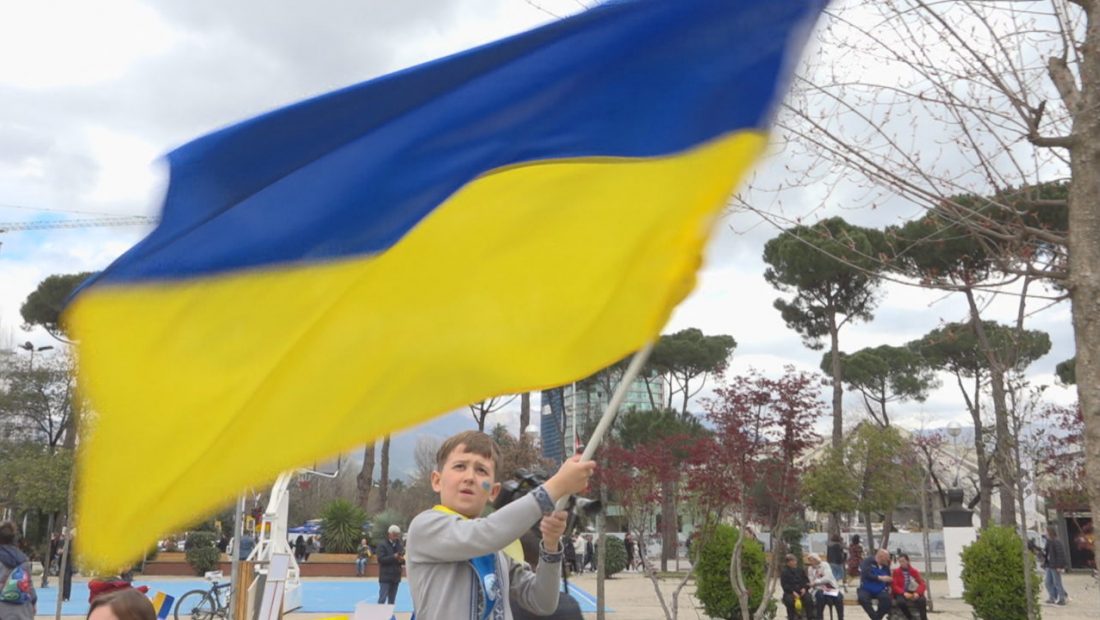 Hundreds of residents have responded to the call of the Ukrainian community in Tirana to oppose Russian aggression.

The march began at “Sknderbej” Square and ended near the door to the Russian embassy in Tirana, where the Ukrainian ambassador delivered his message.

“You’ve all witnessed the devastation left by the Russian occupation. I call on the civilized world to deliver the required armaments to Ukraine and to impose harsh sanctions on Russia. A nation immersed in lies cannot have a future, thus many countries are now dressed in Ukraine’s colors.”

Many were Ukrainian citizens who recounted their journey to Albania.

“We are feeling secure in Albania. I had no idea what to expect from the area at first, but when I arrived, I was pleasantly surprised by the warmth of the people. We arrived on March 11th. Since the war began, some friends advised us to come here. Our children were horrified by the bombing and woke up in the middle of the night because of the noise, so we regarded it as necessary to flee Ukraine. I have family, friends, and loved ones in Mariupol, Bucha, and other cities that are being attacked; we are concerned about the people who live there “said an Odessa-based Ukrainian who was present at the march.

US Ambassador Yuri Kim, March Against Russian Occupation: No one understands the Ukrainians better than the Albanians. The March was also attended by the EU Delegation’s Charge d’Affaires, the President of Tirana, and several members of the majority.