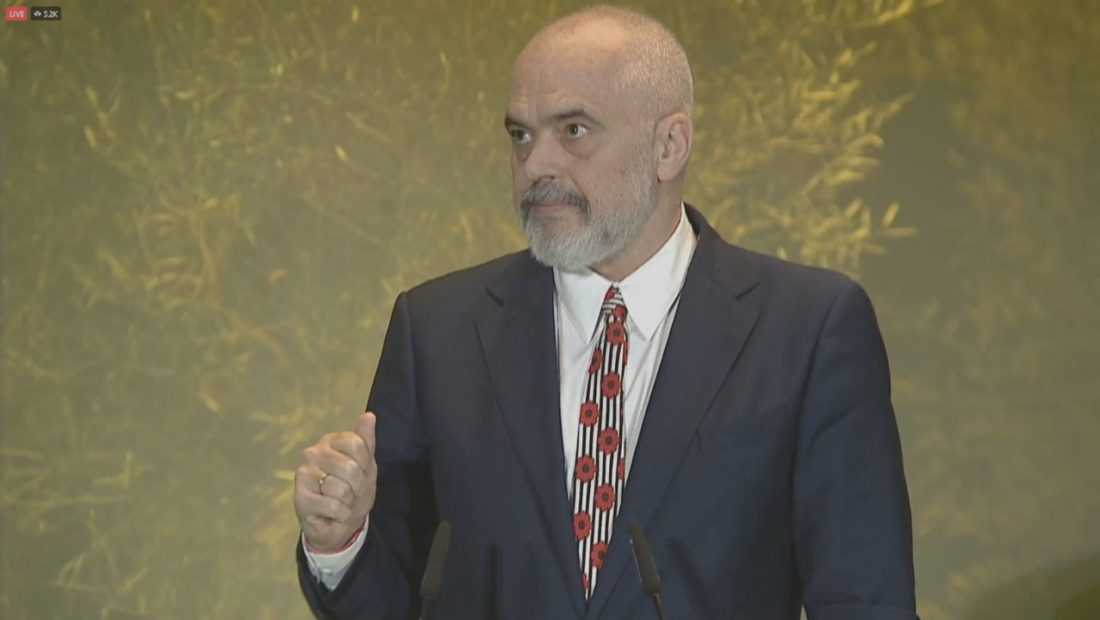 Following the United States’ designation of former Prime Minister Sali Berisha as “persona non grata,” Prime Minister Edi Rama has requested that the Special Anti-Corruption Structure (SPAK) investigate his involvement in corruption. In his speech at the Socialist Congress, Rama stated that Sali Berisha’s proclamation as “non grata” is a “stone in the neck” of Albania and that the country must overcome it.

According to him, the SPAK must eliminate this stumbling block by demonstrating whether or not the United States’ charges are valid.

Referring to the punishment handed down to the former Deputy Minister of Interior, Rovena Voda, for possession of a fish crate, Rama claims that this body has not yet been established in response to the most serious remark made by Albania’s most strategic ally in 30 years.

“With the exception of those convicted to ten months in prison for a container of fish, others are buried in search of justice.  Not to mention massive theft, which only SPAK is not aware of. For ten kg of fish, a lady gets imprisoned. Surprisingly, the SPAK has been set in motion for the statement of other parties. Meanwhile, no plans have been made for Albania’s most important strategic ally, the United States, to make the most serious declaration in 30 years. Not for one person, but for Albania as a whole, because he has ruled the country. They have an obligation for this  individual, who is barred from entering the United States with his family. Domestic politics cannot respond to whether or not that assertion is true. The justice system provides the answer. But that statement has gone unanswered by the legal system. Those who understand international affairs and the relationship between us and the United States recognize that this is a stone in Albania’s neck. SPAK is responsible for removing the stone from the neck. Whether there is a basis for the truth or not, even people who are absolutely brainless should get this message.”