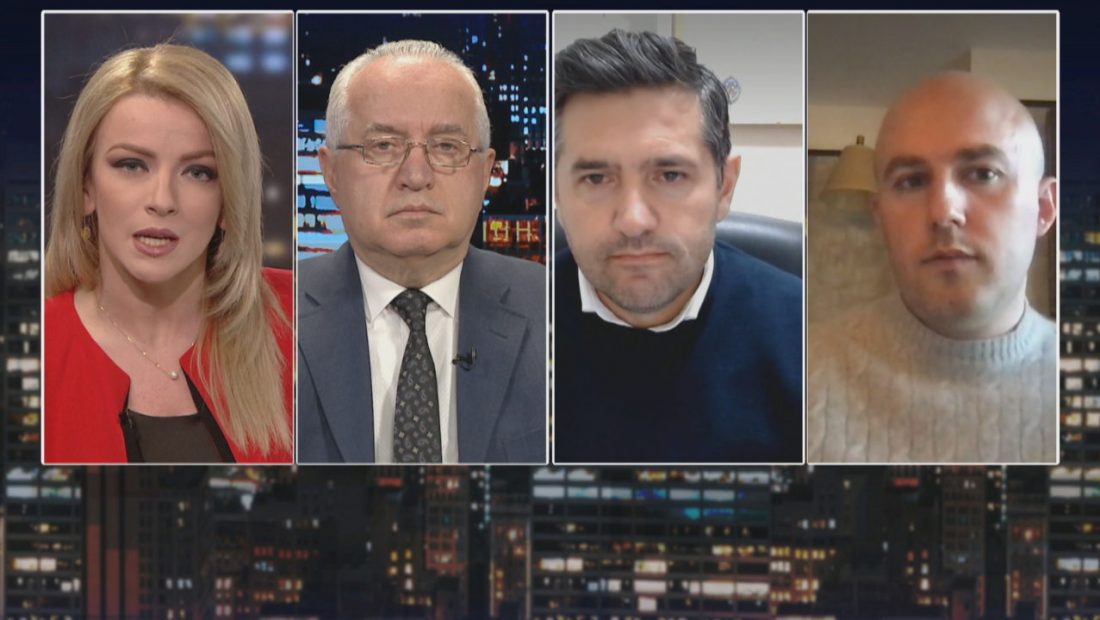 “If Russia is kicked out of the UN Security Council, the entire UN system, which is based on the structure of five main bodies, will crumble.  The five major authorities and the veto mechanism govern the Security Council.  The fact that Russia has been suspended by the Human Rights Council is significant in light of universal international circumstances.”

This is what international relations professor Lisien Bashkurti had to say about Russia’s decision to withdraw from the Geneva Commission of Human Rights.

On the “Debate” show with Alba Alishani, on A2 CNN, he stated that Russia is deserving of such a departure because it is committing war crimes, crimes against humanity, and genocide in Ukraine. In this respect, he advises deploying international fact-finding expeditions to verify their findings.

“The United Nations Charter and the Universal Declaration of Human Rights are the two most sacred documents that humanity has produced since the two world wars, defending peoples’ rights from war crimes, crimes against humanity, and genocide.  Russia is perpetrating crimes, including genocide, and ought to be removed. All three of these crimes exist in Ukraine, but the extent to which they exist is unknown. War crimes involve violations of the rights of parties who have been militarily confronted, as well as violations of the rights of soldiers and the bodies of victimized soldiers. Mechanisms are governed by the Convention. Crimes against humanity cross military lines and target civilians. Genocide is a high-level collective crime committed for the purpose of exterminating ethnic racial groupings, and it is illegal under international law. In Ukraine, there are aspects of this nature, but we must be cautious since technology and fake news can spread false information. It is critical that fact-finding missions be conducted out because only they can reveal the truth about what Russia is doing in Ukraine.”

Professor Medlir Mema, in a similar line, stated that, besides the international court’s inquiry, an ad hoc court for the crime of Russian aggression is required, with Putin being directly prosecuted.

“Now that the court has launched an investigation into war crimes, the facts that need to be probed must be brought forth.  Over 39 countries have wanted to investigate the situation, and the court has stated that it has opened the case not only for potential crimes but also for the invasion of Crimea. Investigations have started and are nearing completion. The CIA has interfered to document the crimes committed in Bucha. There is a need for an ad hoc tribunal for the crime of aggression, where Putin would be directly prosecuted. Some processes exist.”

Concerning the reality on the ground, Ledion Krisafi, an international relations expert from Paris, says on the show “Debate” that there is currently no development. The Ukrainian army has not been destroyed, and the Russian economy is not crumbling either. The Russians are failing to defeat Ukrainian soldiers, which is a significant accomplishment for Kiev, because, as Kissinger once said, a tiny army wins when it does not lose. I believe that only consensus will fix the dispute. However, Krisafi believes that Moscow’s initial aim has always been the country’s east.

“Russia’s withdrawal from Kiev reinforces the Ukrainian component of the agreement, but the high concentration in the east shows that the Kremlin’s purpose has always been to capture Donbas and a southern part of Ukraine.”

The Russian army has struck several sections of the country in order to remove a substantial portion of Ukraine’s 600,000 troops from the eastern front.”

However, Professor Medlir Mema, who was invited to the show, disagrees with this dynamic and speaks of Russian loss.

“It is true that Russia has long wanted to seize southern Ukraine, but we should not underestimate the Russian military’s failures.”

Putin and the military elite believed the crisis could be resolved in 2-3 days, so much so that the White House invited Zelensky to depart Kiev on the third day of the attack,” he added.

However, according to Professor Lisen Bashkurti, the power dynamic is shifting. “Initially, there was a big disparity between the two sides, but in a short period of time, Ukraine gained a lot of strength via equipment and training, as well as the support of international opinion.  On the other hand, while the Russian capacity appeared to be better equipped for parades in the Kremlin than on the ground, practice revealed that it is not as dynamic or technological as expected.

As previously said, Putin’s popularity in Russia has grown paradoxically. “It’s no surprise,” Krisafi says, “the narrative is completely controlled.” A Russian person reads and hears that Russia’s army is fighting Nazis in Ukraine. On the other side, if we recognize the Russian mentality, we can see that they have an imperial mentality that boosts national pride. The only thing this conflict has brought Russia is a sense of self-sufficiency, similar to what happened in Albania during the communist era.”

For Bashkurti, the war is also bringing some general geopolitical lessons.

Putin’s dreams and ambitions of returning to the Soviet era are preposterous; the Russian Federation has half the population, it has weakened from a territorial and geostrategic standpoint, and it is a “quixoticism” that causes world upheaval.

The crisis showed the West that the internal physiognomy of states will produce their own foreign policy. Russia’s dictatorial government adheres to the most traditional Russian forms, which have never included liberal democracy.

According to Professor Lisien Bashkurtin, Russian President Vladimir Putin is nothing more than a petty global strategy leader and a KGB agent. In the “Debate” show with Alba Alishani, he stated that his activities are based on great deception and manipulations, and that he will go down in history as the great spy and minor leader who is far from Russia’s capabilities.

“Putin is exposing his profile, personality, and character as a KGB spy and a little leader of global tactics, a mix-up of Peter the Great’s legacy, he is attempting to copy his predecessor Stalin with other Asian games, is testifying to a genuine Russian KGB leader.  School of secretive machinations, making decisions without open engagement with the public. His operations are riddled with misinformation and deception; if he has a historical fantasy, he will enter as a huge spy and a tiny commander who is far from Russia’s capabilities. The school that has profiled Putin’s profile is that of the hazardous Russian secret services, which is far from the size of producing a leader.”

When asked if Putin was mimicking Stalin, Bashkurti stated that despite Stalin being a horrific tyrant, he elevated Russia to world power status.

“Stalin was also a great dictator; he was a shocking dictator to the people of international principles, but he elevated Russia from a post-revolutionary bread crisis to a world superpower, strengthened the Russian economy and strategy, and transformed the Soviet Union into an influential force of order. The cold war created a unique universe in which Moscow ranked second in the world order. Putin will be remembered primarily for his use of Machiavellianism. Even when compared to Kremlin leaders, his dimension does not taste well.”