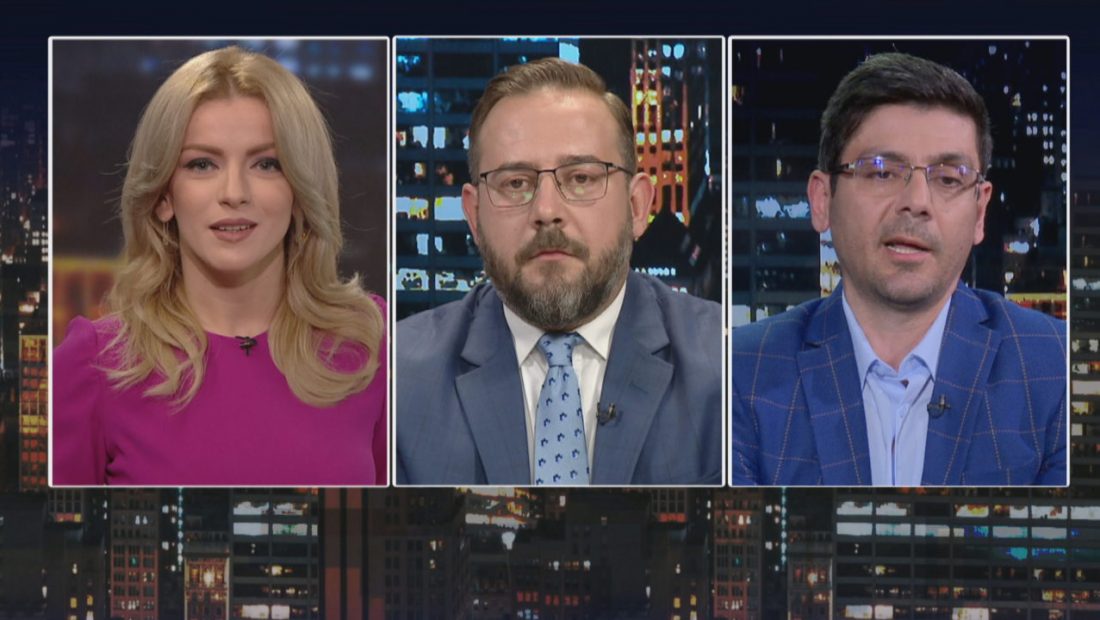 Ditmir Bushati, one of the four official speakers at the Socialist Party Congress on April 9, is also returning. Is this, however, a formal return or a total rehabilitation of the former Foreign Minister, who appeared to be a fading “star” in Albanian politics?

For Etjen Xhafa, MP and SP digital secretary, rehabilitation is not an option, but rather a comeback, as he explains in the show “Debate.”

“SP is a party where arguments are open, and no one is expelled for taking a stand on an issue.  I had the honor to serve as a deputy in the Ministry of Foreign Affairs,” Xhafa says, adding that “Bushati is one of those personalities who have given a lot to political life and undoubtedly has the capacity to employ in the SP’s political academy, which essentially has attracted young people.”

Xhafaj discusses some of the most important modifications to the SP statute.

The executive secretariat and the local chancellor are two of the changes to the Socialist Party’s statute that are scheduled to be debated during the party’s April 9 Congress. Etjen Xhafaj, the digital secretary, presented some of the key revisions in the statute in the Debate studio with Alba Alishani.

“One of the most significant is the electoral process in all 61 municipalities, which will provide the local political scene a new character and give a position within the political hierarchy; this is a reform that will increase the municipality’s access and the presentation of a platform where everyone may express their ideas for the future elections. The executive secretariat is not a new concept; two more will be added under the leadership of the secretary general. The job of the chancellor has been expanded to include topics that will be followed by the documentary side, better integration of local characters, and the ability to maintain continuity from the SP’s leadership structure. The secretariat will be expanded by two posts: Secretary for Electoral Affairs, Preparation for Electoral Processes, and Secretary for Immigration and Diaspora, all of which are required today to open up new channels of communication. This is also consistent with the tone’s stated purpose of “enabling the vote of emigrants who contribute to our economy.”

The SP has opted to end the present chairmen of party branches’ four-year terms, while electing the party’s leading structures in each municipality between May 1 and June 15, 2022.

The Socialist Party will conduct its Congress on Saturday, April 9, where the results of the National Consultation will be made public, among other things.

The Socialist Party has extended its hand for discussions about the new president, but will it engage in negotiations with Berisha or Alibej as well?

The procedure of electing the president has recently sparked public debate, despite the fact that the SP has the numbers to do it on its own. While the Socialists have formed a negotiation group to meet with the opposition, the question is who the SP will meet with in the DP, Berisha or Alibeaj?

After stating that the SP will not be allowed to sit in a discussion table set up by people who are declared “non grata” by a strategic ally, Etjen Xhafaj, the digital secretary of the SP, declared in the studio of the Debate with Alba Alishani that the SP will consult with individuals who are familiar with the United States in order to decide on the name of the future president.

“The Socialist Party has the majority. He who wields numerical dominance makes concessions, and we have never urged the opposition to withdraw from the local elections in which we would like to be opposed. We have the numbers, the first three rounds of votes can happen, and everything is resolved. But this is not in the best interests of the country. This conflict must continue the same as in the past 30 years of transition. We are not enemies, but not enemies, but political opponents. The SP has reached out to the opposition in order to have an impartial and normal debate about returning the presidency to what it should constitutionally represent, a person above the parties for national unity. That is the strategy. And this debate is open to figures, with the goal of achieving a functional condition of controls and balances rather than total control.

Being second in getting votes is considered a win by Berisha? Berisha is unable to speak on behalf of the DP until these proceedings begin. We will negotiate with people who are here to act for the welfare of the country, and we will have a statute with our strategic ally to erect a wall in the country’s state building. “The opposition is invited to this roundtable, but we can’t invite them until we’ve gone through some protocols,” says the opposition. “The same opposition claims that we who are non-grata want to sit there and decide that we came second in the local by-elections.”

When asked if they would talk with Alibej, Xhafaj responded, “Alibeaj is the head of the parliamentary group and the deputy chairman of the Democratic Party, and owing to changes in the Democratic Party, he has remained its leader.” There is a negotiation group that is debating and establishing contact with the Albanian opposition. The opposition has three parliamentary groups and does not take positions on behalf of the negotiation group, therefore I am not optimistic about the final outcome. There is a set specified group for this.  I have my approaches.”

But expert Ilir Kalemaj believes otherwise, claiming that Prime Minister Rama has in mind the name of the country’s next president, who will certainly persuade the majority.

“Rama stated that we have the numbers, that we are talking to the opposition in bits and pieces, but that the opposition has no possibility of proposing anything.  The identity he has provided has three dimensions: the opposition is involved, we have no one to talk with, and they have said that if we do not have someone to deal with, we will run for office. Rama indicated that he should inform the opposition that the responsibility is too high. I believe the prime minister has a name in mind, and the president will be the current SP deputy or a left-wing sympathizer who is inactive. It remains to be seen whether anyone can be persuaded of the socialist supermajority.”