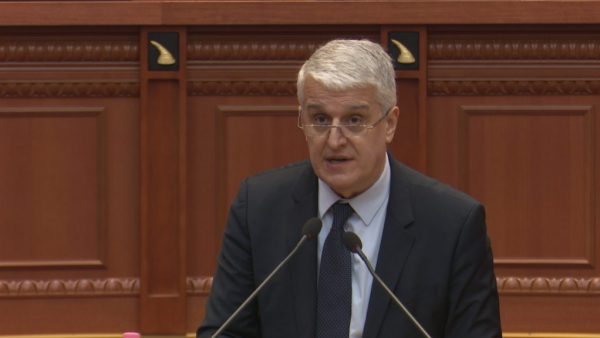 Pandeli Majko’s voters were insufficient to secure him a seat in parliament during last year’s April 25 elections, but fortune smiled on him several months later.

The arrest warrant issued by SPAK for Alqi Bllako provides Majko with the possibility to serve as an MP for the seventh time. Even prior to the legislative elections, the former Socialist Prime Minister made clear that being ranked 19th on the list of candidates for MPs jeopardized victory.

“You can see the abyss from the line of fire.”

“Tomorrow, you may invite me as a political analyst rather than as a member of the Albanian Parliament,” Majko proclaimed on April 7 last year on A2 CNN’s “Dita Jone”

The vote count did not bode well for him, as 8780 voters chose him as their favorite, leaving him 1220 votes short of the quotient barrier.

Another permit must now be granted by the Central Election Commission, which will conduct regular verification of the decriminalization form and then officially grant him the mandate to serve in the tenth session of the Albanian Parliament.