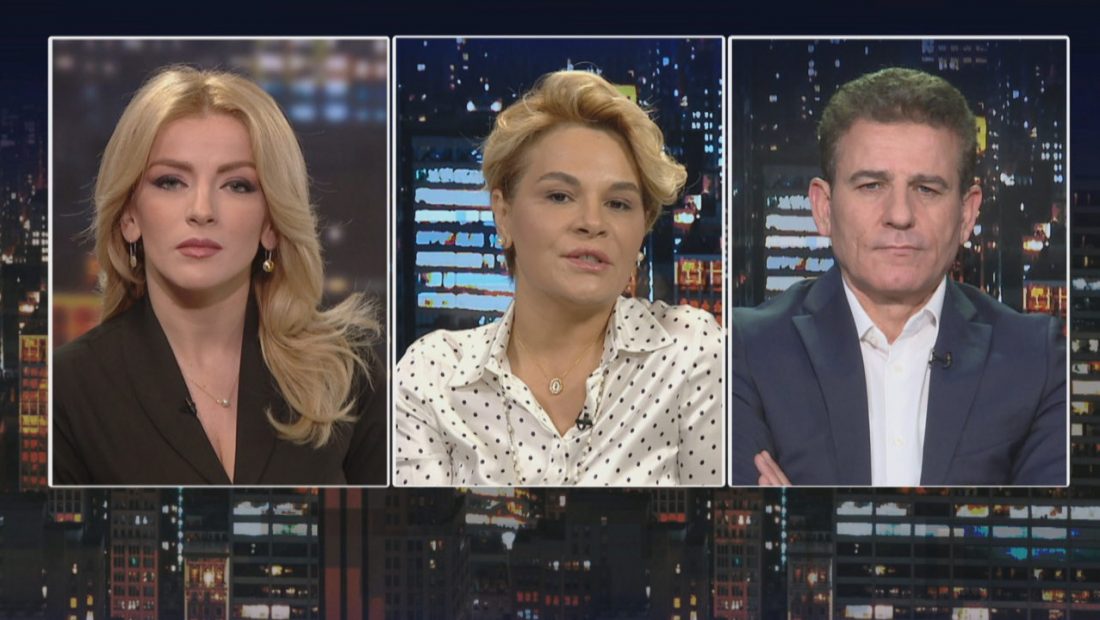 Monika Kryemadhi, leader of the Socialist Movement for Integration, was invited to the A2 CNN show “Debate” by Alba Alishani to discuss the incenerator scandal, which has led several Socialist Party members to the Special Prosecution Against Corruption, with the former Environmental Minister now in prison and another MP waiting to be arrested.

Monika Kryemadhi, leader of the Socialist Movement for Integration, was invited to the A2 CNN show “Debate” by Alba Alishani to discuss the incenerator scandal, which has led several Socialist Party members to the Special Prosecution Against Corruption, with the former Environmental Minister now in prison and another MP waiting to be arrested.  Klodian Zoto of receiving 16 million euros with an open firm solely for waste management while discussing incinerators. This money, according to Kryemadhi, was transferred to “offshore” firms in Malta.

A company that is solely licensed and open for waste management has made 16 million euros, money that has been “offshored.” This company is located in Malta. The money was given to Klodian Zotos, who carried it to Malta.

“We are now whitewashing the entire scam since you collected 16 million euros, but what have you done with it? Some of them have already voted. Koka took the money and used it in the Durrs election on April 25,” Kryemadhi stated.

Alqi Bllako did not attend the Council of Mandates meeting, although he did hand over the deputy’s mandate two hours before the meeting. This move of his has been portrayed as an acceptance of the accelerated trial according to Kryemadhi.

Kryemadhi stated that the issue of incinerators has put the SPAK to the test, but that the arrests thus far prove little.

Lulzim Basha and his supporters, according to Monika Kryemadhi, are exploiting their political status to impose penalties on businesses.

“I do not believe there is a competition, but the contributions to what rises in public opinion are obvious. The only thing I evaluate is the re-established PD, which for me have been accomplices,” said the SMI chairperson in the debate moderated by Alba Alishani on A2 CNN, when asked if her party had led the charges against the incinerators.

“Politically, we’ve all spoken out, including in the media. The issue is who will set up the firm and sue with his face and identity. It is simple to go out and talk, impose a fine, and then shut up after three days. It appears now that the DP has been a master at imposing fines on enterprises,” Kryemadhi remarked.

Kryemadhi also accused the chairwoman of the incineration investigation commission, Jorida Tabaku, of attempting to close the case.

“Even though he was a member of the panel, Belind Klliçi was unaware of the incineration report. Because Ms. Tabaku’s paper was supposed to include the history of incinerators, she delegated the task to Lefter Koka. Ms. Tabaku appears to have contracted the disease of her former mayor, or the party leader she still recognizes, Lulzim Basha, through deception. Tabaku wrote a letter to Mr. Vasili and forwarded it to Genc Gjonçaj. Meanwhile, Vasili informed Basha that the SMI should be a member of the commission. Ms. Tabaku has overruled the commission’s rejection of the SMI. He was concerned that the SMI would seize control of the commission.”Rama had no trouble in front of Tabaku; he stayed for another ten hours…”, Kryemadhi explained.

Kryemadhi said on A2 CNN that Ilir Meta will be the founder of a new political movement.

“SMI is too tiny for Meta; it’s a tight-fitting outfit. Meta could be the catalyst for a new movement that not only recovers our national identity and integrity, but I believe it will be a grassroots effort. Whether you like it or not, he is the only politician who faced with “firing squads” three times, for Basha’s faults and malice.”

“I am confident that there are many others. Many groups are united through Meta. Everyone was taken aback at the March 2 event. In ten days, he had around 50 thousand Tirana citizens only, not from all Albania”, Kryemadhi stated.

She accused Lulzim Basha of being paid not to participate in the 2019 local elections. The whole opposition, including the SMI, opted not to run in the elections at the moment, despite the fact that they had earlier renounced the seats in Parliament.

Kryemadhi announced cooperation with the DP now that it has been taken over by the Re-establishment Commission and Sali Berisha, saying that the mistakes made with Basha would not be repeated.