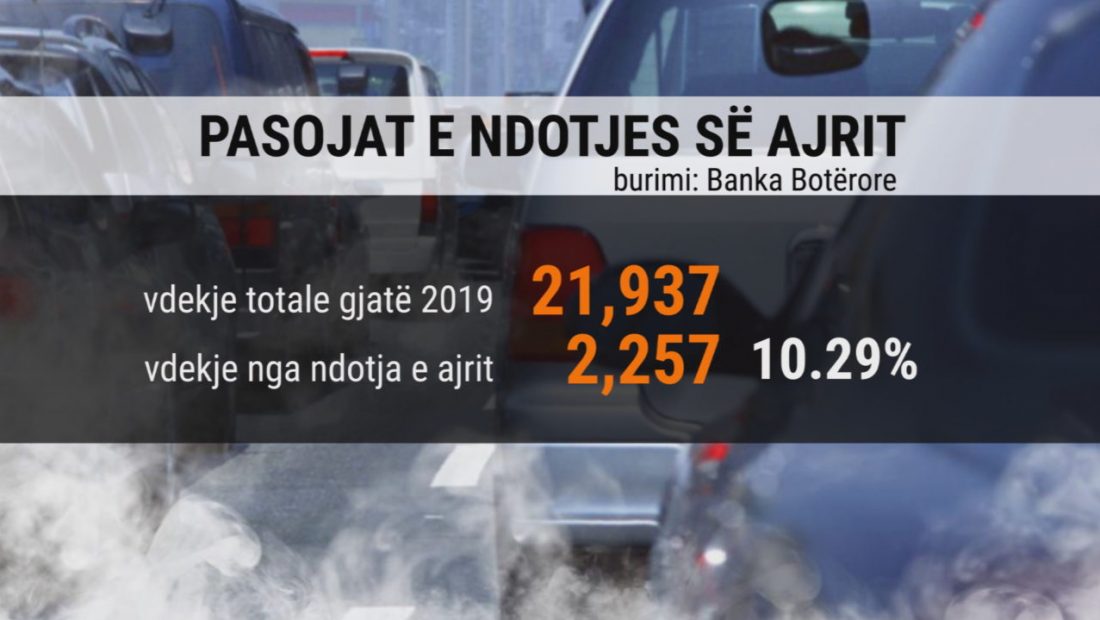 Air pollution is responsible for 10% of all deaths in Albania each year. According to World Bank estimates in a research on the effects of pollution on health and the economy, 2,257 persons died in the country in 2019, accounting for up to 10% of all deaths.

“According to the data, approximately 200-210 persons are reported each year with acute health concerns,” says Redion Gjoka, an environmental expert. “However, it should be realized that this has an economic cost, which in the case of Albania, according to the World Bank, can reach $1 billion each year.”

Meanwhile, environmental specialists emphasize the importance of conducting air measurements, which has been neglected for nearly a decade.

According to the World Bank’s published report, air pollution is the world’s largest environmental risk to health and the top cause of mortality from ischemic heart disease, stroke, and lung cancer.