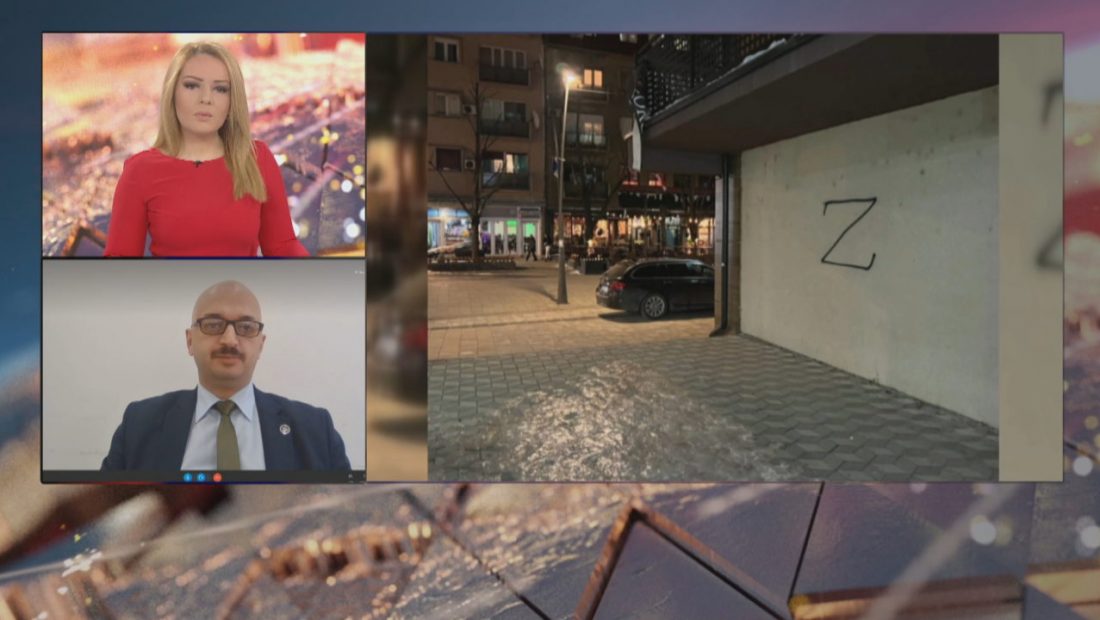 The Russian army’s emblem has recently been painted on the walls of buildings in Mitrovica, northern Kosovo, causing outrage. Many experts believe the letter “Z” represents victory, but others believe it represents submission, this time for Ukraine. Drizan Shala, a security specialist from Prishtina, stated through Skype that the letters Z and are nationalist emblems.

The letter Z, according to Shala, represents conquest from East to West.

“The Russian military wishes to rebuild the old Soviet Union system, whereas V denotes that power is with the truth.  Both emblems are nationalist, and the Russian military employs them to bolster residents’ morale. Putin’s plan is to use the symbol to symbolize Ukraine’s denationalization.”

The analyst underlines that this is a message that warns us that we must exercise caution because there are structures in the Balkans that demand instability.

“There are signs that there are structures on the territory of Serbia that are associated with Putin’s policy of causing instability in the Balkan region.”