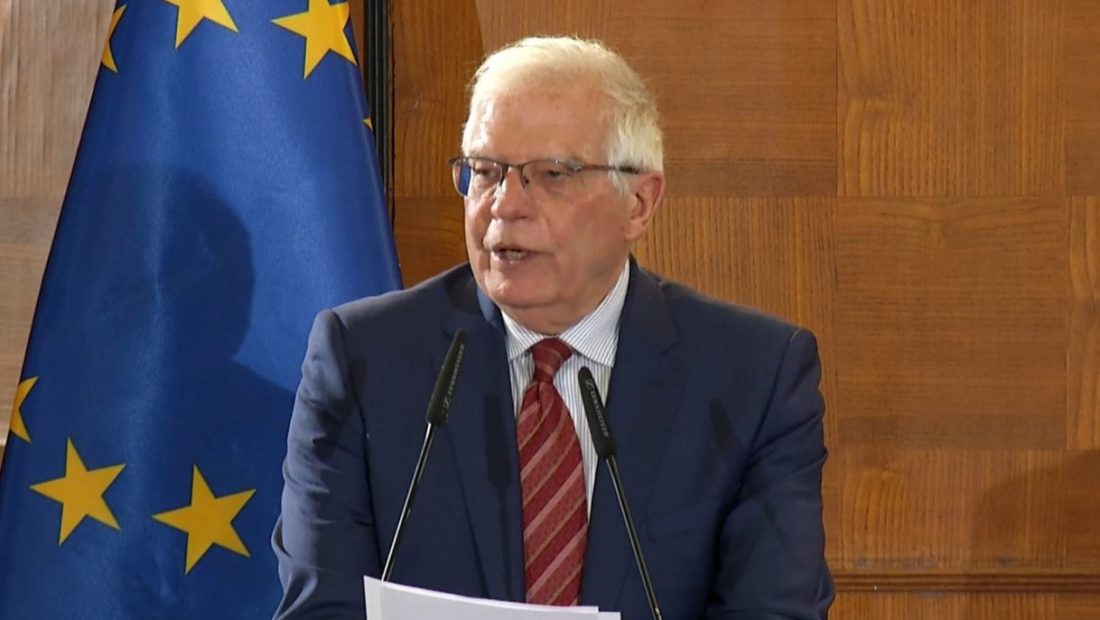 Prime Minister Edi Rama met with Josep Borrell, Vice President of the European Commission. Following the meeting, in a joint press conference with the High Representative for Foreign Affairs and Security Policy, the head of government stated that he had also discussed with him the process of formally initiating membership talks with the European Union.

“I reiterated what was well known: Albania selected this position as its natural position, not because someone asked us in Brussels or Berlin. We are proud members of a NATO alliance, and we are proud Europeans. We are Albanians who see our future through the eyes of Europe. We are in this position because of these factors, which our children placed on us. The Ukrainian war is a dividing line between the world we know, with its lack of rights to freedom, isolation, and agony imposed by the authoritarian rule, and the world we have today, which could be better than it is, but it is far better than the world we had. Our stance is not principled in reference to other people, but existential in connection to our children,” Rama explained.

The Prime Minister went on to say that the start of the negotiations is a matter that now is up to the European Commission and the European Union: “The European Commission has stated that Albania should be invited to the table, but the European Council has been unable to do so due to Bulgaria’s blocking of Northern Macedonia. We are ready, but in the meanwhile, we will carry on as if the negotiations were ongoing.  The soonest they do it it will be in their honor, as they have spent a significant amount of time failing to keep their promises.”

Josep Borrell, the European Union’s High Representative for Foreign Affairs and Security Policy, stated that the price-inflation crisis has affected not only Albania, but all of Europe.

“In Spain, I was paying the electricity bill, which had risen from 50 euros to 500 euros. This has occurred throughout Europe. Oil is more than 2 euros per liter, up by 20%,” he stated from Tirana.

He went on to say that Russia is using Europe’s reliance on gas as a weapon.

“I’m sure you’ve had some major issues. The rise in pricing is on everyone’s mind, not just in Albania. There are no sanctions ramifications because it had nothing to do with sanctions. However, it is a process that began with the rise in oil and gas prices, which is a result of our all-too-common reliance on Russia, and Russia is already using it as a weapon.”