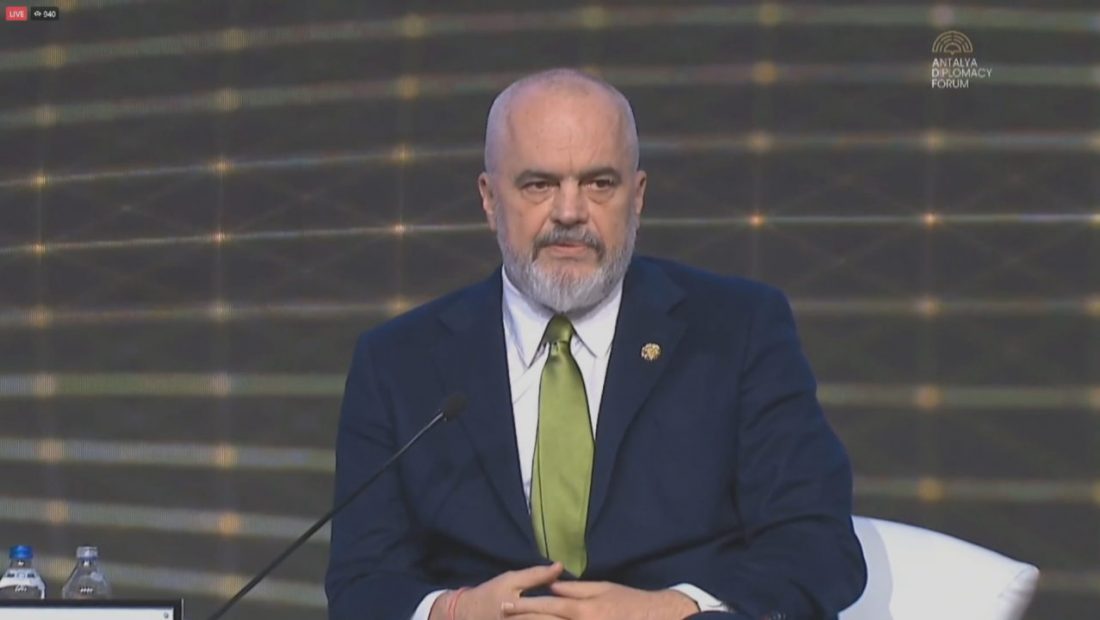 This is what Prime Minister Edi Rama stated when asked about the domino effect generated by the Ukraine war during the Diplomacy Forum panel “Regional and Global Roads to Peace and Prosperity” with journalist Maria Ramos.

Rama, in highlighting the reasons why the Western Balkans are vulnerable, stated that it is critical not to fall prey to provocations and emphasized the importance of close neighborly cooperation, without neglecting the implementation of Europe’s four freedoms.

According to Rama, what is happening in Ukraine right now will serve to shed light on and raise awareness in EU and major EU countries.

“I feel that what we began as a process of opening the Balkans for a better future, the implementation of Europe’s four freedoms, was a proper step to take.  It is critical that we work hard to maintain what we have gained and move on without succumbing to provocations, remembering that we are in the middle of Europe and that our future is in Europe, with three NATO countries in the Western Balkans, where Albania also exists. The Western Balkans are vulnerable for a variety of reasons, including our diverse histories from other countries. Albania has a distinct history from the rest of the world. We had a communism unrivaled in Europe, Albania was North Korea of Europe, we had no missiles, but they imprisoned us because of listening to Elton John. The Western Balkans are likewise subject to economic inequalities between themselves and the rest of Europe. We must recognize that our destiny is in our hands as we work for a common future in order to strengthen our neighborly bond.”