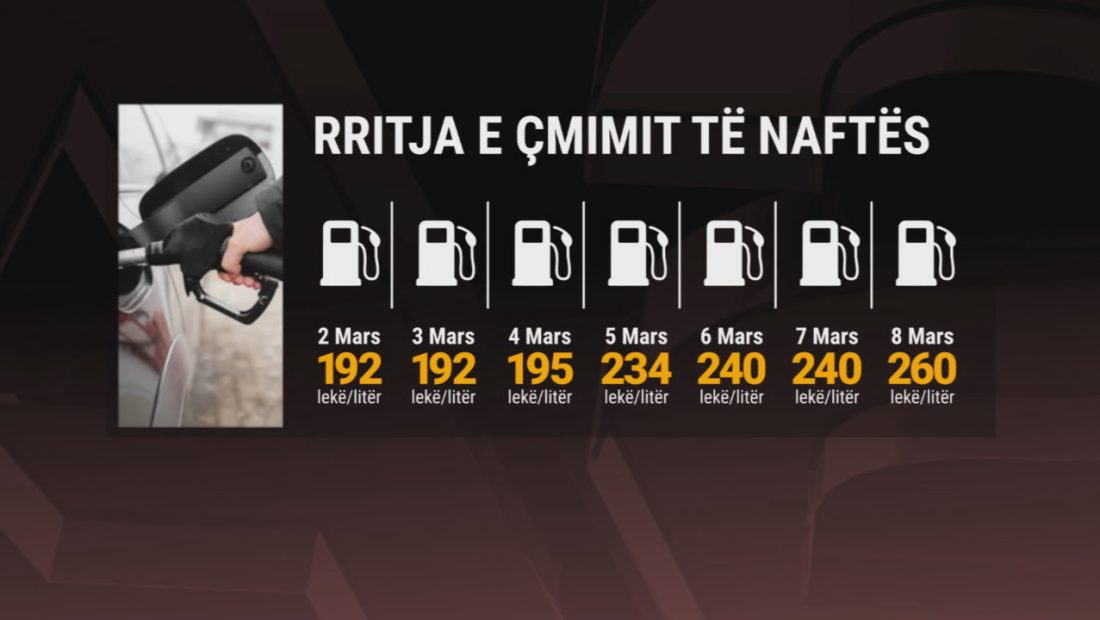 Approximately a year ago, Albanians paid on average 155 lek per liter for car fuel. Albanians now have to pay an additional 100 lek for the same amount. In just seven days, the spike in oil prices shattered every single record. Starting at 192 leks at the beginning of March, the price has risen to almost 260 leks currently.

The first industry to be impacted was the transportation industry. As a result of the economic difficulties, a chain reaction of demand for price increases began: “The ticket price should be 80 lek,” said one of the companies.

While urban bus firms are asking for an increase in ticket prices, intercity transportation has already raised them by 50 to 100 ALL for each line. Taxi drivers have started to raise their rates, despite the fact that they are concerned that Albanians will begin to walk more frequently in the coming months.

Albanians, on the other hand, have continued to drive despite the high costs. With the same amount of money, but with fewer liters in the car. There are also other gas stations where the turnover is lower. The pumps indicate that the daily turnover has decreased. Despite the fact that there is still traffic on the streets of the capital, this does not reflect the situation.

Drivers, who use fuel on a daily basis, said they had never expected to pay such a high price. They find it difficult to use public transportation, due to its low quality, therefore they are considering alternative methods, such as “walking or riding a bicycle.”