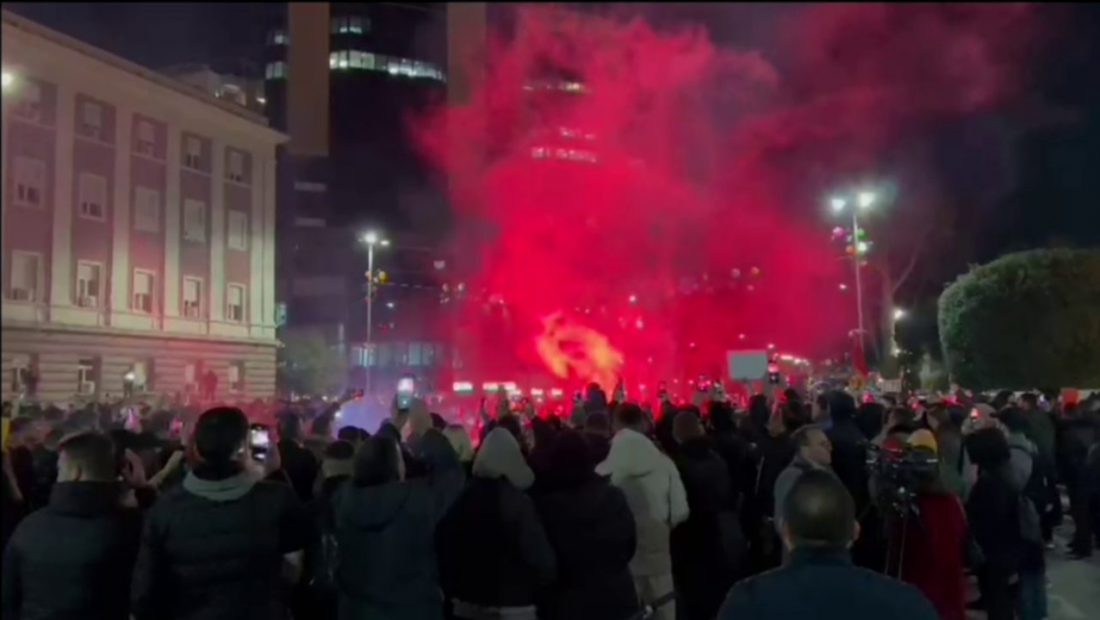 Hundreds of people have gathered in front of the Prime Minister’s Office to protest against the country’s rising oil prices.

The protest was organized by civil society, and a large number of citizens responded to the appeal of many organisations by filling the street in front of the Prime Minister.

Actor Florian Binaj stated, “Albania is your homeland, not Instagram.” “Everyone who has come here can pay this price, but they have also come to support others who lack the confidence to protest.” But I assure you that the Albanians can overthrow any tyranny if they get together. While we are protesting here, we have the leader in Dubai,” says one of the demonstrators.

During the demonstration, chants like “down to the dictatorship” and “down to Edi Rama” could be heard.

This morning, the price of oil climbed to 270 ALL per liter. Following the increase in rates by wholesale operators, all gas stations have increased their prices by 10 to 20 lek each day.

Companies attribute the problem to rising crude oil prices on international stock exchanges, which hit $ 129 per barrel yesterday. However, they claim that, in addition to the price, there are challenges in obtaining the goods.

A liter of oil in the market has climbed by almost 65 ALL since the beginning of the month, or by 10 ALL virtually every day. The weakening of the Lek in regard to foreign currencies is also having a substantial influence on growth, with the dollar currently trading at 118 lek and the euro at nearly 129 lek, both of which are significantly lower than a month ago.