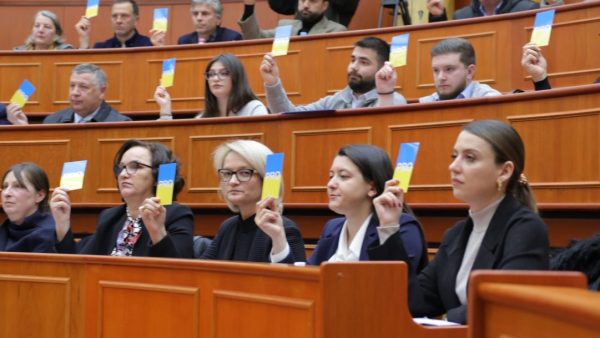 “Free Ukraine” is the name of a street near the Russian embassy in Tirana. The decision was unanimously adopted by the city council, which hoisted cardboard in the colors of the Ukrainian flag as a show of support for the country occupied by Russia during the voting. The Russian embassy, as well as those of Kosovo, Serbia, and Ukraine, are all located on the same street.

The street was once known as “Donika Kastrioti Street,” after the wife of Albania’s National Hero, Skanderbeg.

Mayor Erion Veliaj said the designation should serve as a reminder to Russian embassy workers in a Twitter post. They will have to live with the new address “Free Ukraine Street” and receive mail at that location. “They’ll have to work there,” Veliaj said.

Albania is among the countries that have criticized Russia’s aggression in Ukraine, and it was even a co-author of the UN resolution denouncing the Russian occupation, which was passed by a large majority of member states. The day before, Russia added Albania to its list of unfriendly countries, while Russian bombardment in Kharkiv demolished the building housing Albania’s honorary embassy.