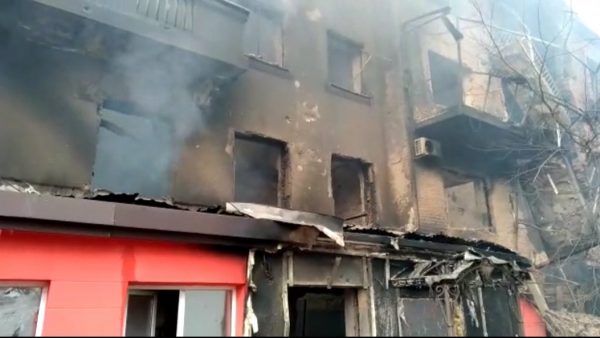 The honorary consulate of Albania in Kharkiv has been damaged by Russian airstrikes, according to a tweet from the Foreign Ministry.

“Albania firmly condemns Russian action in Kharkiv, which resulted in the demolition of Albania’s honorary embassy. The culprits will face consequences “, according to a statement from the Ministry of Foreign Affairs.

The ministry did not say whether there were any casualties or injuries as a result of the building’s demolition, but it did provide images from the scene.

Since the occupation began on February 24, Kharkiv, Ukraine’s second largest city, has been constantly bombed and attacked by Russians.

Albania has joined other countries in criticizing Russian aggression in Ukraine and placed sanctions on the Russian government. Vladimir Putin, the Russian president, signed a decree today adding Albania to the list of Russia’s unfriendly countries.