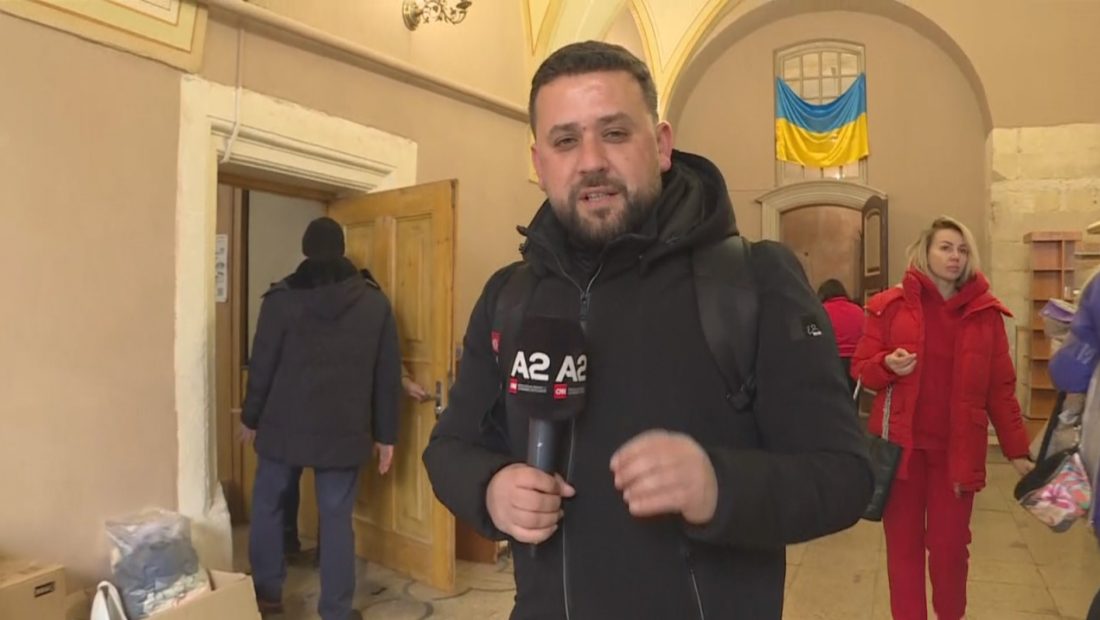 Ukraine, the bookstore turns into a camouflage production center

Providing assistance to Ukraine does not always imply joining the troops on the front lines. A2 CNN has entered a new battleground, where citizens are assisting in a number of ways. The structure was once a bookstore. Everyone listens to the radio, just like during the war, to learn more about the situation and the fate of their loved ones.

Some of the women inside this bookstore, which has already been converted into a “manufacturing station” for camouflage netting, say they have lost contact with their families but are still trying to help people and soldiers.

Inside the library where camouflage nets are produced

“My cousin and her kid are in locations where there is war, and we are unable to communicate. I’m always listening to the news to see what’s going on in the world. We spoke a few days ago, but now there’s no way for us to reconnect and find out how they’re doing.”

“We take all sorts and sizes of clothing, cut them up, and then turn the pieces into army camouflage netting.”

“We built 67 camouflage nets in one week. They come in a variety of sizes, depending on the function they serve.  It requires small nets at times, but other times larger ones are needed.”

The library has a large number of volunteers. Among them, a 17-year-old, who knows that we are from Albania.

“I’m 17 years old, and we’re creating camouflage nets for our army. I’ve been here for five days, but this is the first time I’ve worked as a volunteer. I am a university student, but our country’s schools have all been shut down.”

Just like in the Molotov cocktail factory, a professor has joined the volunteers in here as well.

“I’m from Berdansk, a small town on the Azov Sea that has already been attacked by Russian forces. I became a refugee and traveled to Lviv by the evacuation train from Zaporizhia. I came to serve our troops by volunteering at this center. I’ve been volunteering since 2014 and have a lot of experience. I am a professor at Berdansk University, where we conduct volunteer programs. We’ve been working on camouflage netting for years. I stand in support of the volunteers.  My son and I came in Lviv, while my husband is attempting to join the country’s defense forces.”

Volunteers from other countries have also joined the ranks. A young American man claims he is attempting to assist and is committed to remain in Ukraine until Russia forces go away.

“I was born and raised in Chicago, Illinois. My wife is from Ukraine, and we met while working as teachers in China. We came here to await the outcome of our visa application in the United States. I’m also trying to assist. We made the decision to remain in Ukraine until Russia withdraws.  We won’t move until the Russian troops have left.”

Everyone has gotten involved in the war, in their own unique way. Some parents have been forced to take their children to factories that make military equipment. Others have nothing to say, but they sing about their country’s hope and freedom.