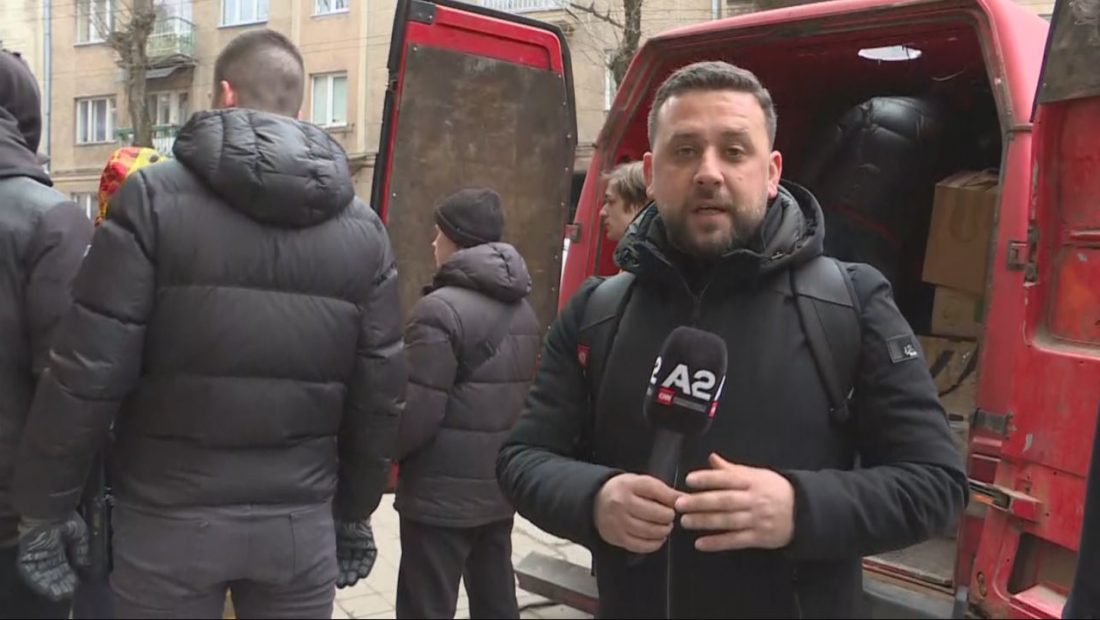 This is another front of the war in Ukraine, where young people assist those who have escaped an attack or are about to engage in another battle in the name of their country’s liberation. A2 CNN’s journalist Julian Kasapi  reports from the other side of the war and resistance against Russian occupation.

“This is one of our organization’s headquarters rooms. Over there are the other two rooms. We’re in the main department, which communicates with everyone who is seeking to help with supplies.  Another area at the headquarters is working on logistics, which will assist us move everything we’ve gathered across Ukraine to various locations where it’s needed “, says one of young organizers for A2 CNN.

There are other teams inside this building that respond in this way to the battle for victory. Outside, fewer young people are working to deliver these aids.

“We are not just another front. We are working to support not just the troops, but also residents who need medication or other forms of emergency aid at home. Here we can see another team that gets the calls.  We can call it a call center,” he added.

Girls, on the other hand, are equally motivated to assisting soldiers and people who are currently suffering from the effects of the war.

“We’re getting calls from citizens and soldiers from many different countries. We make every effort to assist them with their most pressing needs. We reach out to those who have been sheltered and ask about their most urgent needs. Food, clothing, medicine, and other requirements of this nature are the most common. We are building a bridge between those who are in need and those who can help them,” explained one of the organization’s members.

“This is another room. It used to be a conference room, but now it serves as a logistics center where teenage girls and boys coordinate with buses, cars, and sites where these aids must be delivered, gathered by the first working group, and organized by the second working group. We’ve been working with this group for eight years, and we’ve always been marked by humanism and patriotism. We’ve also assisted in other situations. We are well-known in Ukraine, and we must work harder than ever for our patriotic cause: We must help all those who have taken up weapons to fight.”

She also points out that one of the most significant things that the organization delivers to the troops is a variety of pharmaceuticals and medications, among other things.

“Medicine, medical centers, and pharmaceutical warehouses are unquestionably one of the most vital things during a war. Here in Lviv, we have many locations where we keep and deliver medications. We have a crew that is responsible for the medicine and makes every effort to deliver them to the correct location, preventing repeated deliveries.  The army has made several requests, as well as the people who have fled the war, escaped an attack, or those who are looking for a safer location and the medicine they need to treat their wounds.”

After the Russian offensive, a young boy who joined the organization says he used his good technological skills to build contacts with those in need.

“On Thursday, I woke up shocked. What I heard about my country was horrifying. We are young and have no prior war experience. We never had to go out and defend the country, so that morning I decided to do what I knew best: help put a stop to the war and so that we can win. I called my friends and we decided to get ourselves organized in order to do what we’re doing right now. To fight by assisting people who are in need. To fight with our phones, laptops, and the internet, and to help the army in particular.  What is happening is bad, but we are fighting to win and to make things better.”