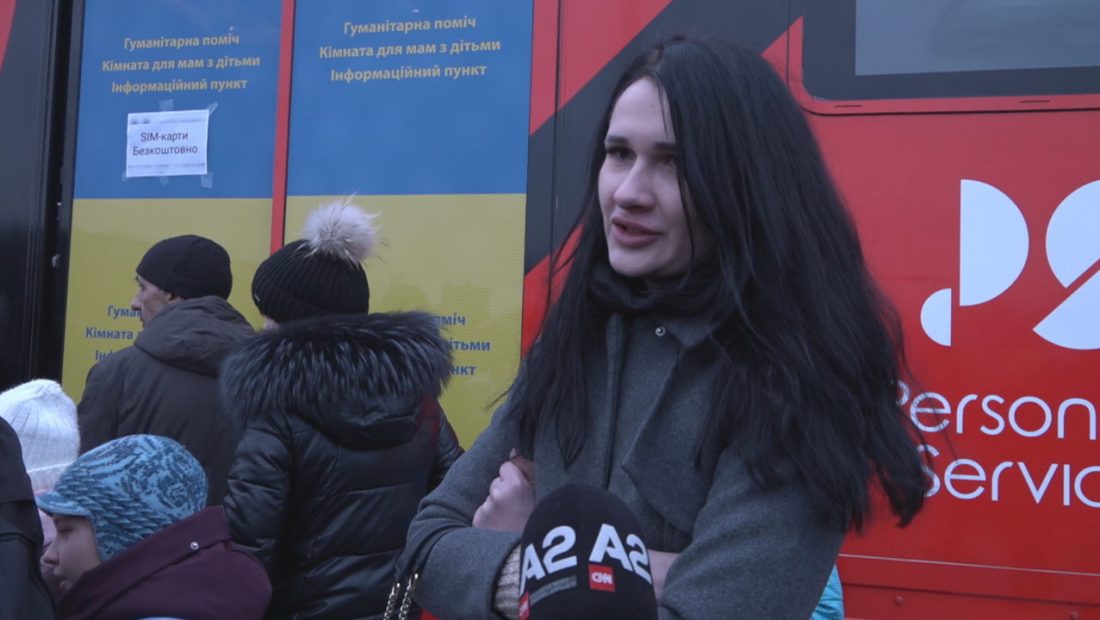 The border is located 635 kilometers from Kiev, which is currently undergoing heavy combat, the effects of which are still obvious here.

When you cross the border, the terror of what happened does not manifest. However, the eyes are the soul’s mirror and bear witness to its crushing.

Olena took her daughter in order to flee the Russian soldiers, but she left her husband behind.

“I left my husband behind. Leaving the country is quite difficult. Here with me is my daughter. We were warned they were going to attack the city, so we fled,” she told A2 CNN.

Natalia’s smile cannot conceal her worry. She has left her brother in Ukraine, with whom she has lost contact.

“I left everything behind, I could not stay there anymore. I grabbed what I could and fled. I’m going to stay with some of my relatives in Poland with the hope that everything will work out in the end. My brother, who is 27 years old, was designated a direct member of the resistance. I was unable to contact him,” she said.

Daughters’ devotion to their fathers is a sacred thing. Yulia’s confidence that the war will stop soon and that she will be allowed to return to Ukraine is equally sacred.

“My father is a fifty-year-old man. He has already fought in Afghanistan but left the army years ago. Now he has been informed he must fight once more. I am optimistic that the conflict will soon come to an end and that I will return ,” she stated.

Anna’s struggles aren’t ended yet. Although she is elderly, she already lives in terror of never seeing her son again.

“We were informed yesterday that Belarus would attack us, and I promptly left with my grandchildren. I chose to travel to Italy. My heart is broken after leaving my son, who has stayed to defend the motherland. We’ve been pleading for assistance for a long time, but no one has listened. We are not humans, according to Putin.”

Russian aggression is a two-act play for women in Ukraine. Besides being forced to flee the country, they have left part of their family behind.