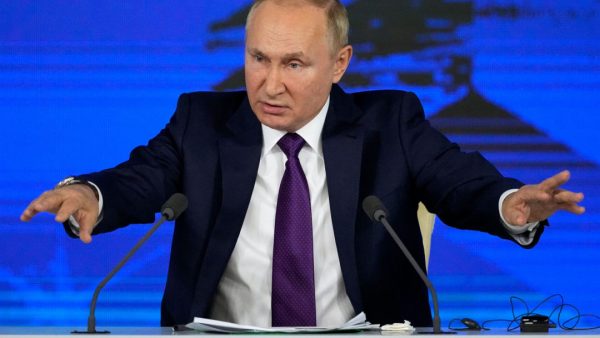 Russia is attempting once again to involve the Balkans in the Ukrainian conflict. This time, it was President Vladimir Putin who asserted that mercenaries from foreign nations are becoming more involved in the fight.

“We have witnessed an increase in the number of mercenaries from third countries, notably Albania and Croatia, Kosovar warriors, and even Islamists with combat experience in Syria,” President Putin stated.

He communicated this worry to German Chancellor Olaf Schoz, with whom he held an hour-long telephone chat. The war in Ukraine has become the sole topic of discussion.

Putin informed the German Chancellor that radicals were holding over 6,000 foreign nationals captive and using them as human shields, and he urged the West to advocate for their freedom and departure from Ukraine.

The Russian president announced that the third round of peace negotiations between the Moscow and Kiev teams will take place over the weekend. Moscow, on the other hand, has not relinquished its demands that Ukraine stay neutral, be denazified, disarm, recognize the independence of Luhansk and Donetsk, and that Crimea be annexed by Russia.

Putin reaffirmed Schoz’s justifications for conducting what he refers to as a “special military operation,” emphasizing that it is being conducted to protect the Donbass population. He also discussed the objectives of Russia’s war.

On the other side, German Chancellor Angela Merkel has urged Putin to immediately stop hostile acts in Ukraine and allow humanitarian aid to enter. Schoz has expressed grave worry over the ongoing conflict and civilian losses.

Putin objected, emphasizing that the Russian military is exercising caution in this area by saving civilian life in Ukraine and accusing the Kiev administration of spreading misleading information.

Olta Xhaçka, the Minister of Foreign Affairs, has once again denied reports, this time from President Putin, that the number of Albanian mercenaries in Ukraine has increased.

Albania, Xhaçka stated, will continue to engage with friends to put an end to Russia’s aggression against the people of Ukraine.

“In Ukraine, there are no Albanian mercenaries! This is a fabrication that Moscow continues to repeat shamelessly! Albania stands by Ukraine and will cooperate with all allies and partners to put an end to Russia’s unprovoked aggression against the Ukrainian people. May God bless them,” Minister Xhaçka writes.

Yuri Kim, the US Ambassador in Tirana, shared a quote from Minister Olta Xhaçka, who denies President Putin’s allegation that Albanian mercenaries had been added to Ukraine.

According to Ambassador Kim, Russia fabricates lies in order to deflect attention away from the truth.

“Russia’s disinformation effort is excessive,” Yuri Kim said. “These are lies designed to sow suspicion and divert attention away from the fact that Russia invaded Ukraine and is currently engaged in a premeditated, unprovoked, and unlawful attack on another sovereign nation.”