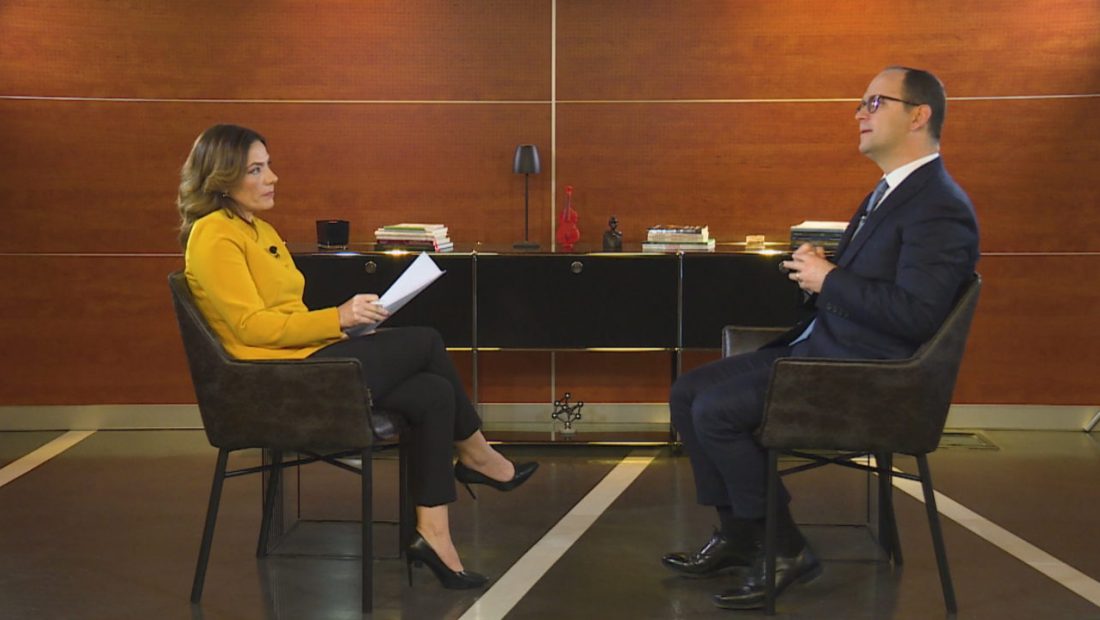 Former Foreign Minister Ditmir Bushati made a link between Russian aggression in Ukraine and Hitler’s attack on Poland in “Interview with Merita Haklaj.”

“Such a circumstance has not occurred since World War II. This is a similar situation to the one Hitler imposed on Poland. We are in the midst of a process that is reshaping a new order, one that is fundamentally conflictual.  Since 2007, during Putin’s Munich conference, we have seen the signals.”

He also emphasized that the war in Ukraine will have far-reaching implications beyond the region in which it is taking place, and he highlighted three factors that will have an effect.

“It will have ramifications not only for Ukraine, but for the entire way and psyche of European security.  Second, if we read to Putin’s speech from last year, it is apparent that he is inspired by historical Russia. This is why we are currently engaged in a careful process. They are on the verge of kinetic conflict. The West’s response here must be more long-term in nature. The first question is how this disagreement will be resolved. Second, what a humanitarian catastrophe we are witnessing. Sanctions are the third category. We operate on a two-way street. It is simple to assert that sanctions are being implemented, which, while tough at the moment, are not among those that may compel the war to end within a week or two. We must also consider the cascading effect of these sanctions,” Bushati added.

According to former Foreign Minister Ditmir Bushati, Vladimir Putin’s aggressiveness in Ukraine destroyed the neutrality of numerous European countries, including Serbia, as he noted her vote in favor of the UN resolution denouncing Russian aggression in Ukraine.

“Serbian politics is used to sitting in several sides, but this is not the time to do so. To be honest, I am not surprised by Serbia’s move. We are all familiar with Switzerland; we studied about it on school benches. Switzerland is famed for its neutrality. Within a week, this environment shifted dramatically, including German pacifism. Putin was able to eliminate these countries’ neutrality,” Bushati stated.

He added that Belgrade’s attempt to draw a connection between Russia’s participation in Ukraine and NATO’s intervention in Kosovo and Serbia is unacceptable.

“I view Serbia’s vote against sanctions on Russia as being in support of Ukraine’s territorial integrity, owing to friendship and traditional ties,” Bushati said. “What is problematic is the analogy Serbia draws between this scenario and the NATO intervention in Serbia and Kosovo in 1999.”

“This is a moment, I hope, of reaffirming the European identity in order to communicate the vision for what will be done with the Western Balkans, first and foremost, with the East’s partner countries.”