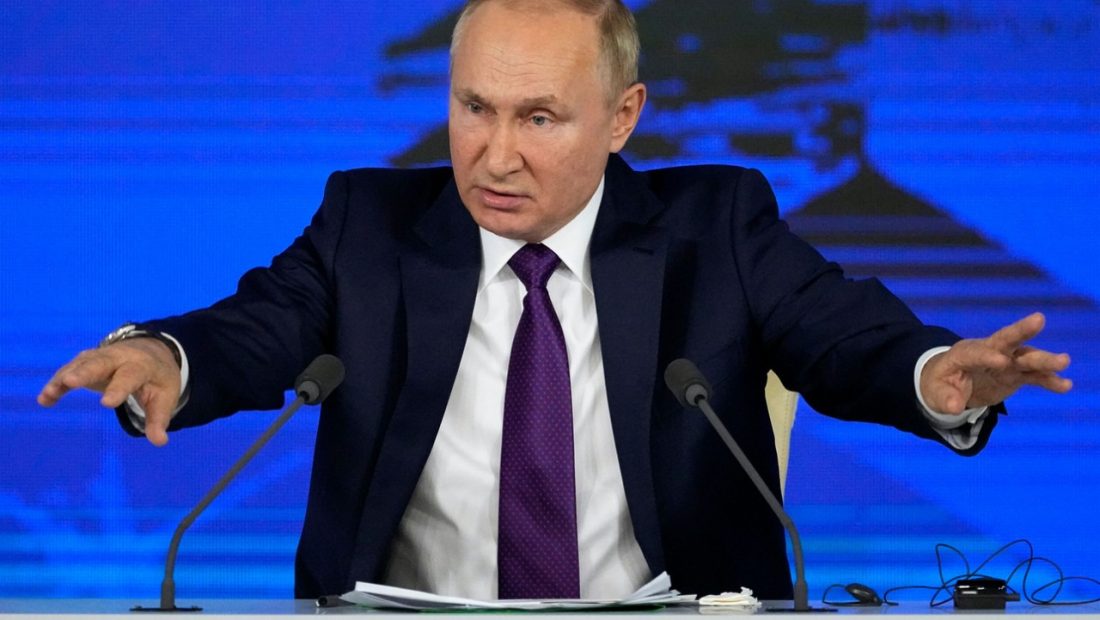 But other than that, it is interesting to note how the Kremlin’s narrative of the act has changed several times. From the liberation of Ukraine from a neo-Nazi regime and drug-addicted leaders to its demilitarization. From the neutrality demanded for Ukraine to its return to the sphere of Russian influence through a regime change, its territorial fragmentation and why not even the slightest possibility of its occupation and ending as a sovereign state. The latter is unlikely to happen, as we have repeatedly said, because of Russia’s limited financial and economic resources, because of the aspirations for freedom of the Ukrainian people that will continue the guerrilla war supplied forever and longer. many with weapons from NATO and EU countries, due to the weight of sanctions on Russia or even starting from previous precedents like the failure of the Soviet Union in Afghanistan in the 80s.

On the other hand, one of the most commonly circulated theses is that Ukraine is a completely artificial state, without the right to exist or is simply a detachment from “Mother Russia”. In fact this thesis would have easily be de-constructed any first year student of international relations or the field of nationalism and ethnic conflicts / politics. This for several reasons. First, modern states date back to the 15th-16th centuries, and it was the famous Treaty of Westphalia of 1648 that built the inter-state system on three indisputable premises: 1. Sovereignty; 2. Equality of states and 3. Non-interference (in the internal affairs of other states). These principles have been repeatedly confirmed over the centuries and are also found in international treaties such as the 1961 Vienna Convention on Diplomatic Relations.

Secondly, ethnic groups are quite ancient, as some nations stretch through the centuries, where what unites them are traditions, language, religion or customs but not necessarily all and where the essential difference is that nations require mobilization around the concept “Nation”, which is a political notion.

Nation-states on the other hand are completely modern and the dominant opinion in the literature is that they are derivatives of the Industrial Revolution that brought stratification of cultures according to E. Gellner, or produced revolutions like the French one according to E. Hobsbawm or B. Anderson print- capitalism that created the premises for the birth of imaginary nation-states.

Not that these are untrue, but in the sense that despite the fact that two members of a nation-state never meet each other or may reside on two opposite ends they still call themselves members of that nation-state, rather than the neighboring states. Imaginations that derive from the common myths they share, which are not fabrications but conceptions or molding of narratives that unite fellow-citizens in the era of modern nation-states.

Therefore, this is a process that according to the most famous scholars of the field started in the 19th century and has found its greatest spread in the 20th century along the three main waves: 1. The period before the WWI and the interwar period where many empires disintegrated like the Austro-Hungarian Empire, the Russian or the Ottoman Empire producing the birth of new nation-states; 2. The period after the Second World War that produced the process of decolonization where as a result we have the birth of 54 new states only in the African continent or even in the Middle East and elsewhere and 3. The period after the Cold War with the dissolution of the former Soviet Union and Yugoslavia and Czechoslovakia in Eastern Europe. The only case to the contrary is the re-unification of the two Germanies.

Thus, since most nation-states are completely modern and born during the 20th century and some even in the 21st century, of course the identity-building narratives that create and recreate the myths, are the fertilizing material of nation-states and that expresses the will of the majority of co-nationals. This is a non-static process but entirely dynamic and depending on certain variables, such as having an enemy / aggressor in front of whom creates the premises for the birth / rebirth of a new identity.

To say of Ukraine that it is not an independent state or merely an “artificial state” is even more absurd than to say the same to Croats, Montenegrins or Macedonians. And we must remember that these are not only sovereign countries today but all three members of NATO and Croatia also members of the EU since 2013.

Or the three Baltic republics that are members of the EU and NATO since 2004. These countries or had a common language with Serbs such as Croats, Montenegrins or Bosniaks and did not exist as sovereign and independent states until 1991 or in the case of Montenegro until 2006 when it first declared independence, or had heterogeneous populations as the considerable presence of Russians in Latvia or Estonia. And they have not 18 percent Russians as much as Ukraine today but over 40 percent Serbs as much as Montenegro today. Yet no one questions their independence, sovereignty and territorial integrity.