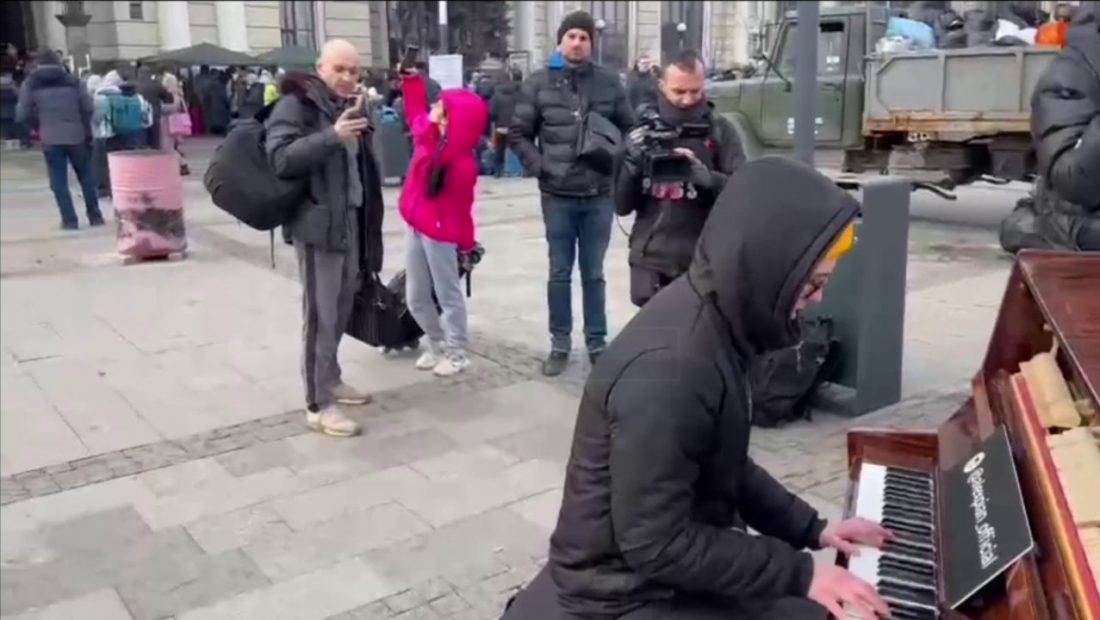 A2 CNN’screw in Lviv recorded some truly heartwarming footage as scores of locals gathered in the city center to listen to the National Anthem of Ukraine played on the piano by a street musician.

Lviv is the largest city in western Ukraine, located quite near to the Polish border, and has historically functioned as a transit hub for war refugees from other cities in the country’s east.

CNN A2 reporter Jul Kasapi and cameraman Endrit Myftari are in Ukraine to report on current events. Although the city is not in a conflict zone, it is bracing for the coming of the Russian occupation.

Residents have established several checkpoints, prepared artillery munitions, and constructed fortifications in order to assist the Ukrainian army in any way possible.