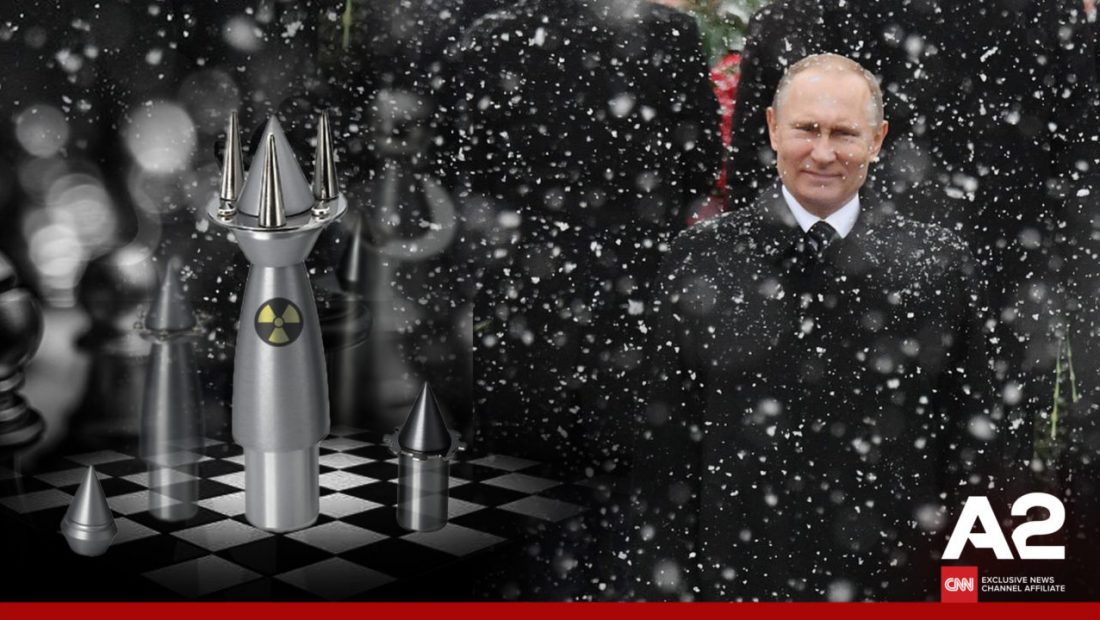 Russia is massive in terms of land area and nuclear arsenal. However, when compared to the other great world powers, it fails to qualify as a true superpower on a variety of other metrics. The Russian Federation is categorized as second-hand due to its economy, technology and innovation, environmental concerns, and other considerations. However, this perspective does not portray a Russia that is less threatening. Far from it.

The Russian economy, despite being the 11th largest in the world in terms of size, is underwhelming when compared to the economies of the nations and unions with which it has entered a spiral of collision, or even when compared to the economies of partner countries. Russia’s economy is one tenth the size of the European Union, one fifteenth of the US, and nearly ten times smaller than that of China.

Russia is being left behind in Europe by Germany, France, the United Kingdom, and Italy. States of the USA such as California, Texas, or New York, have a larger economy than Russia.

Additionally, Russia’s advantageous geographic location between Europe and Asia has helped it depict itself as a major economy, albeit one that is not as large as it could be in comparison to other countries with considerably fewer resources but stronger economies.

Russia’s economy grew at an annual rate of roughly 1.7 percent on average between 2010 and 2020. This is a poor performance. However, the last decade has been turbulent for all. The European Union’s average yearly growth rate was barely 1%, whereas the United States grew at a rate equal to that of Russia, 1.7 percent. These growth rates are not alarming for the United States and the European Union, considering that structured economies typically experience slower but more consistent growth than developing economies. The significant contrast is that the US economy expanded by 1.7 percent an economy that is much larger than Russia’s. The same argument applies to the Eurozone.

GDP per capita, which is calculated by dividing the economic production of a country by its population, is a critical measure for determining a country’s level of life. Even on this metric, Russia lags behind Western competitors by a factor of five, and is nearly on a par with China. Simply put, this demonstrates that the Russians are a relatively impoverished people.

Russia’s trade balance is favorable as a country with significant gas and oil reserves, with exports surpassing imports by $ 42 billion. Around 70% of Russia’s exports come from this sector, indicating the country’s high reliance on energy production and fuel.

By contrast, the majority of EU exports are machinery and equipment, pharmaceutical and chemical products, and technology goods. Food and drinks, oil and its byproducts, aircraft and their components, and other industrial products are the primary exports of the United States. Chinese goods include transmitters, computers, office electronics, telephones, a variety of electronic circuits, and other cutting-edge equipment.

Fossil fuels and energy are estimated to account for up to 25% of the Russian economy, depending on the approach utilized. On the other hand, the EU economy is more diverse sectorally, with agriculture, tourism, and energy all represented.

The Russian economy’s lack of diversification and reliance on oil and gas also demonstrates its fragility in the event of an energy sector shock. For instance, Russia’s financial crisis from 2014 to 2016, which ended in a -2 percent GDP decline in 2015, resulted in a significant devaluation of the Russian currency. This devaluation was precipitated by a fall in investor confidence in the Russian economy, which encouraged investors to liquidate their Russian holdings. Two reasons undermined market trust. The first was the global price collapse of oil, one of Russia’s primary exports, by almost 50%. The other issue was the international economic sanctions imposed on Russia as a result of the Crimea annexation.

In this version, Russia’s invasion of Ukraine occurs during a worldwide energy crisis, resulting in high energy costs, which have been worsened by the war. As a result, the primary indicator of an impending economic disaster is absent. However, Western standards are not equivalent. The crushing sanctions already in place, which are projected to intensify, are expected to have a significant, possibly unprecedented, impact on the Russian economy.

Late in a race against the clock

Russia’s primary issue is time. Formerly an international superpower under the Soviet Union, contemporary Russia is a different country. Indeed, the term “superpower collapse” primarily relates to the Soviet Union’s demise in the face of the West’s multidimensional domination. Additionally, the Russian economy receives the majority of its revenue from gas and oil, which is projected to continue in the near future.

The European Union imports over 40% of its natural gas from Russia, which controls the vast majority of the world’s natural gas reserves. Russia sold Europe 100 billion euros worth of gas in 2021 alone. Natural gas provides around 25% of the EU’s energy. Meanwhile, Europe has been slow to adapt to alternative energy sources.

However, public outrage over climate change has raised the urgency and investment in alternative energy capacity development. Nuclear energy was certified a sustainable and ecologically acceptable resource by the European Commission in early February. This decision indicates that enhanced, potentially multiplied, energy output from the atomic reaction will receive financial and regulatory support and stimulus.

This is only the tip of the iceberg. European scientists announced a tremendous breakthrough in the practical implementation of nuclear fusion just days after the Commission’s preliminary decision. This accomplishment implies that the possibility of generating even more energy – as quickly as possible – with conventional nuclear power plants may become a reality in the near future. This concept refers to the same energy that is created by the stars, including the Sun, when expressed in symbolic terms.

According to a report issued last year by Carbon Tracker, solar energy, when paired with wind energy, has the potential to drastically cut reliance on fossil fuels for energy production by 2035. On the other hand, public transportation is also being upgraded electrically. In China and the European Union, an estimated 1.3 million electric vehicles were sold in 2020. Electric vehicles are expected to account for 7% of total vehicle sales globally by 2025. According to other projections, electric car sales will surpass 50% of total vehicle sales by 2030.

These changes are detrimental for countries whose economies are heavily reliant on oil and gas production and trading. For more than a decade, the wealthy Gulf states have been engaged in a race against time to modernize their economies and infrastructure, with the goal of developing non-oil and non-gas energy sources. While Russia has the same issue as these states, it lacks the financial and technological means necessary to modernize its economy.

Military expenditures are also a sign of economic strength. Although the Russian Federation boasts the world’s second largest army, after the United States, it is worth noting that the Russian Federation inherited the vast majority of Soviet-era arsenal. Russia remains behind the United States, China, the European Union, and India in terms of current military spending.

Furthermore, Russian military hardware is heavily reliant on income generated by the fossil fuel industry. The country’s increasing military can only be financed through the use of the reserve fund – money that the Kremlin managed to accumulate during the recent period of high fuel prices. However, in an ever-changing world, this model no longer holds up.

Russia exports natural gas and oil, but primarily imports automobiles, industrial and technological equipment, and other goods. China supplies the majority of the country’s imports. China imports fossil fuels from Russia and uses them to manufacture technical equipment for sale to other countries. In other words, Russia produces just the fuel that powers the most inventive economies in other countries, even allies – if China is included.

The Chinese model has proven to be more effective than the Russian model, with China replacing Russia as the world’s true non-Western superpower. For instance, when viewed from orbit, China’s lunar mission stands out, with its rover examining the lunar environment via image transmission to Earth. The International Space Station is currently being challenged by the Tiangong Space Station. Russia continues to launch satellites, but the era in which Gagarin contended with the US for space and space was viewed as a worldwide symbol of transcending the planet’s limits has passed us by. There is no evidence that China has not surpassed Russia in terms of global superpower status.

In this brave new world, technology and innovation are the true battlegrounds for wealth and power. Russia does not excel in this area. Due to the fact that it is not among the world’s top ten economies. The Russian Federation ranks fifteenth on the International Innovation Index. The US, China, and some EU member states leave behind this nuclear superpower. Even in terms of the arms competition, Russian technology lags behind NATO and China.

This image depicts Russia as a country afflicted by dwindling external competition and unrelenting technological advancement. On its narrow perimeter, thriving democracies pose a significant challenge to dictator Vladimir Putin’s political legitimacy. Russia requires money to catch up, which it is currently investing substantially in military hardware. While the primary economic source of these income – oil and gas – is on the verge of extinction in the not-too-distant future.

In the absence of all of these options, the Russian President is resorting to the one remaining pawn on the chessboard: armed combat backed by the nuclear threat of world catastrophe. Putin presented a philosophical challenge in a 2018 documentary, stating, “What do we need in a world without Russia?” A2CNN /