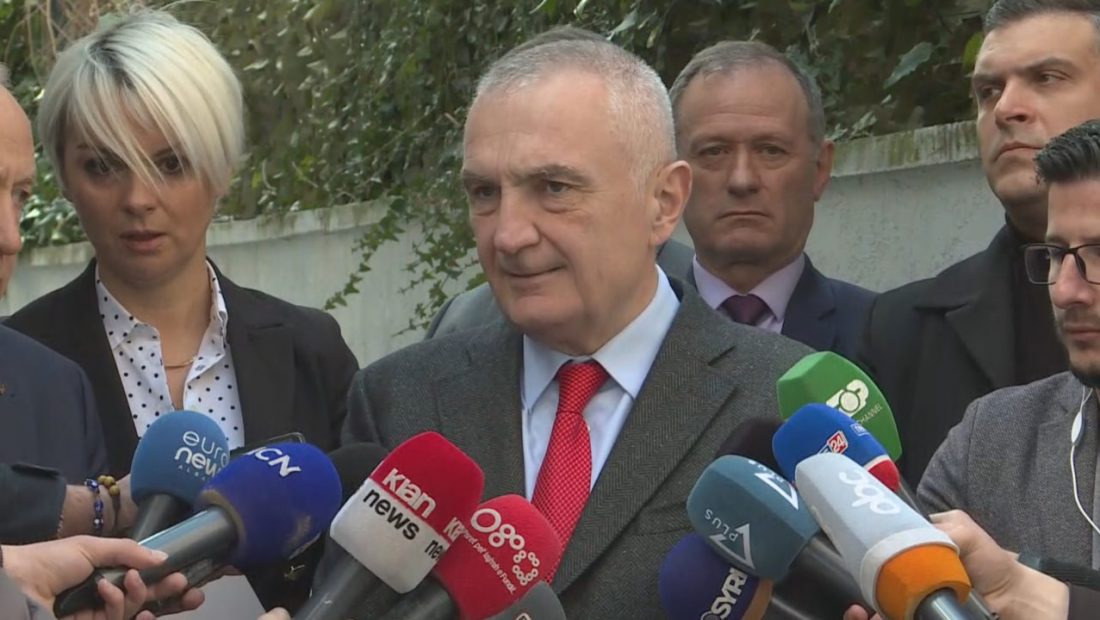 “We have made and will continue to make every effort to advocate a ceasefire and the restoration of peaceful and diplomatic ways to end this war.” President Ilir Meta revealed this in a message to the media following a meeting with Ukrainian Ambassador Volodymyr Shkurov.

“At the same time, we feel that the only way to resolve this situation is by negotiation from equal positions, and in this regard, our efforts as a NATO member and our aspirations to join the EU have been consistent with NATO and the EU.”

The Head of State underlined his sympathy with the Ukrainian people and President Zelensky, who is leading by example in defending his nation.

“Today, I paid a visit to Ukraine’s Ambassador, His Excellency Volodymyr Shkurov, to express my profound support with the Ukrainian people, President Zelensky, and the country’s legitimate and democratic institutions for their efforts to save their freedom and dignity as a people. As a European people who has sacrificed so much for Europe’s independence and is now setting an inspiring example of protecting not only their country and dignity, but also the best European ideals, we stand by Ukraine and President Zelensky.

Meta extended gratitude to all Albanian institutions and civil society organizations for their support of Ukraine and voiced confidence in the country’s ability to overcome this crisis.

“I want to thank our institutions, the Red Cross, and civil society organizations for launching humanitarian assistance, and we hope that this situation will be resolved and that we will continue to stand by the Ukrainian people, shoulder our responsibilities, and share the burden with the rest of the world.”

Albania’s government and opposition have welcomed the adoption of a resolution submitted by Albania and the United States condemning Russia’s occupation of Ukraine. Foreign Minister Olta Xhaçka expressed strong support for the resolution following the pro vote to adopt it at an extraordinary UN session.

“Eleven United Nations members voted in favor of the Special Emergency Session of the United Nations General Assembly. Russia was isolated once more. The world is not going to remain silent “, Minister Xhaçka remarked on Twitter.

Basha further urged the international community to join the resolution in favor of Ukraine.