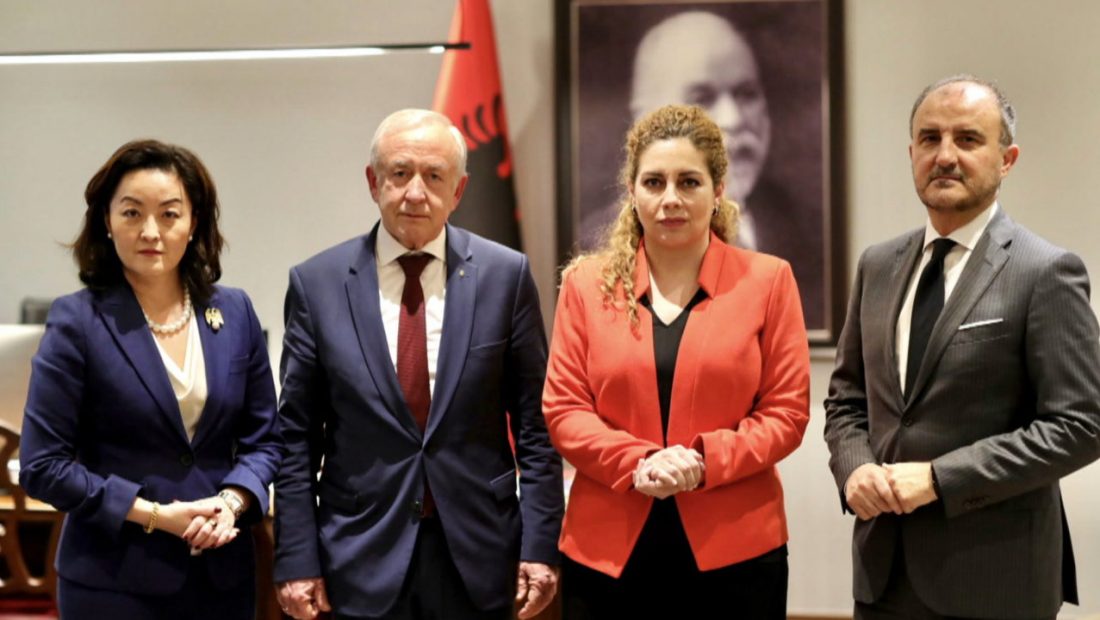 Albania’s diplomatic corps has unified in support of Ukraine. The US Ambassador, Luigi Soreca, and the Minister of Foreign Affairs, Olta Xhaçka, met with the Ukrainian Ambassador in Tirana, Voladymir Shkurov, and conveyed their strong support for the Ukrainian people.

“The US, Albania, and others stand resolute in demanding that Russia immediately cease its premeditated, unjustifiable, and unprovoked aggression on Ukraine,” Kim wrote on Twitter.