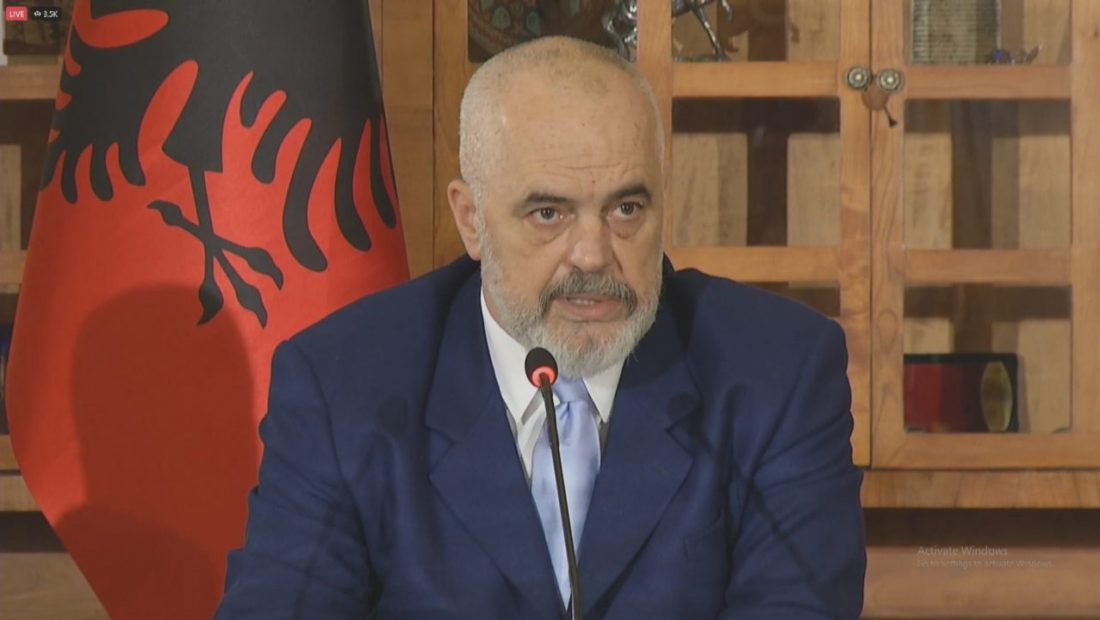 We didn’t wait for Russia to attack Ukraine to learn about Serbia’s ties to Russia. When journalists asked Prime Minister Edi Rama about Serbia’s position on the occupation of Ukraine, he gave this response. The head of the government also said that, based on preliminary information, the Serbian president has taken a mixed approach, which is typical of Serbian foreign policy, Rama said, as regards Ukraine’s territorial integrity.

“As regards Serbia, people who don’t want to give an opportunity to the Open Balkans, should think about it again. When we started this process, we didn’t have any doubts about Serbia as far as its foreign policy was concerned. We didn’t wait until Ukraine was attacked to learn about Serbia’s ties to Russia.  According to preliminary reports, Serbia’s president has taken a dual stance on Ukraine’s territorial integrity, which is characteristic of Serbian foreign policy.”

Rama stressed that the progress with the Open Balkans can wait, because today we are in the conditions when from hour to hour we can have leadership of Ukraine murdered or the establishment of a puppet government there.

“Today’s topic, on the other hand, is really significant. The Open Balkans can wait. We don’t feel compelled to reach any conclusions. Many things will be seen in the coming weeks, not in regard to Serbia, but in reference to how this process will unfold. Today, we are in a situation where we could see the Ukrainian leadership being murdered or abducted at any hour. We can witness the formation of a puppet government. We can imagine a country being military controlled as it travels to the opposite side of the earth. In the meantime, Russia has been sanctioned” We’ll watch the dynamics unfold and see how the alliance’s countries and the US respond.”

He reaffirmed his opposition to Moscow, claiming that an Open Balkans is neither a little EU nor a new Yugoslavia.

“We have no incentive to rush because the Open Balkans is not a regional project led by an international body, such as a mini EU, or even a new Yugoslavia. We are not here to mend fences or make Serbia an American ally. We are not going to change our minds on Moscow. We are not in favor of this and have never considered it. We’re not here to tell Serbia to do anything.  Regarding  the Open Balkans, our relations are pragmatic in order to avoid a confrontation that would cause unprecedented damage to the area.”

Russia, he claims, can reach the region before Serbia, via the Republika Srpska in Bosnia and Herzegovina, which was also mentioned at today’s NATO meeting. But, as Rama pointed out, it remains to be seen.

“All that remains to be seen is how far Russia can go in our territory before the Republika Srpska, or a pro-Russian force, enters Bosnia. All of this is being addressed today. The Open Balkans initiative is more than a regional initiative. It has the support of the United States as well as many allies and partners. It no longer faces the same opposition as at the start. We’ll see what we can do next,” Rama said, “but there’s no reason to be concerned right now.”