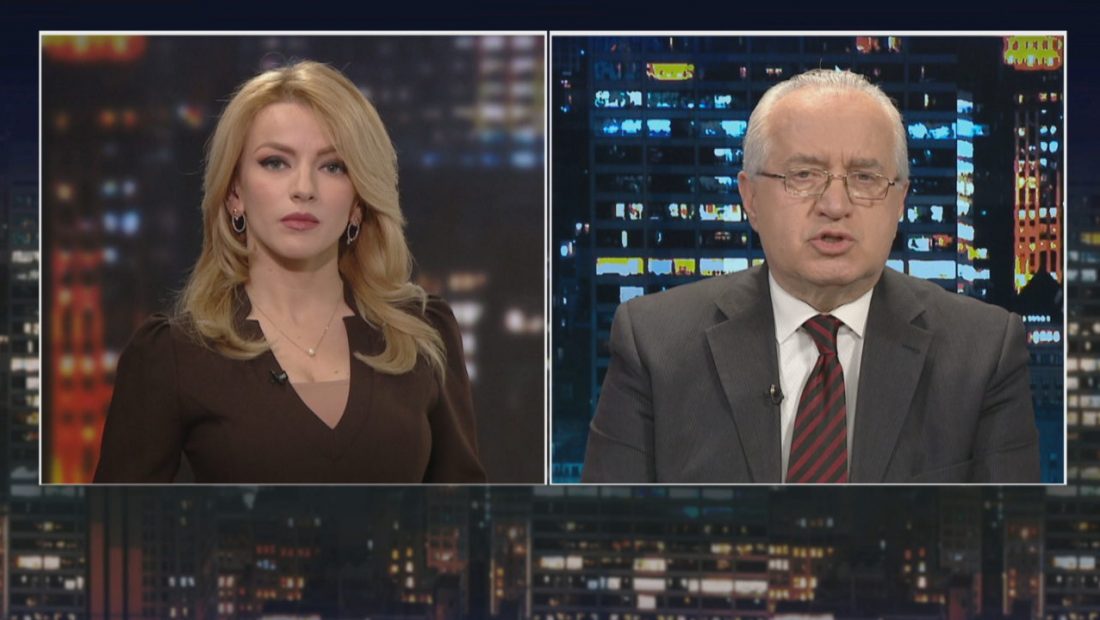 Russia crossed the red line in violation of international law’s universal principles, as well as Euro-Atlantic security standards and multilateral accords. This is what diplomat Lisien Bashkurti remarked in the Debate with Alba Alishani studio when asked about the recent developments in Ukraine following the Russian occupation.

He underlines that Russia’s attack on Ukraine poses a threat to global peace and security and Putin is now viewed as a modern-day Hitler who seeks to demilitarize Ukraine and overturn Kiev’s democratic government.

“It’s a military assault on Europe’s doorstep, as well as a threat to world peace and security.  We can name Russia the aggressor country and Putin dhe modern-day Hitler. It intends to strengthen the two Russian-proclaimed republics, expand a territorial corridor, and secure strategic positions in Crimea in order to gain control over the Sea of Azov and the Black Sea. It seeks to strike a strategically significant base in order to achieve the country’s overall demilitarization and to overthrow Kiev’s political rule in favor of Kremlin puppets.”

For Bashkurti, Putin’s strategy must be stopped, as it will have catastrophic consequences.

“Without a question, Putin’s long-term aim is to restore the Russian Federation’s geopolitical standing to those of the Soviet Union during World War II. This was expressed directly and between the lines in public. Criticism of the alliance’s actions in establishing security zones demonstrates that it has a plan of stopping as soon as possible, that the repercussions will be unpredictable, and that such leaders can hit the buttons that have disastrous implications at any time.”

He claims that the Euro-Atlantic alliance must respond to Russia, with economic sanctions being the first blow.

“Ukraine is a vast country with a population of over 44 million people, a proven hero with strong organizational abilities of internal administration, clarity on geostrategic orientation, and a hybrid war will be long, and Russia will not be able to invade Ukraine for long.  The alliance will retaliate, and the first strike will come in the form of economic penalties. Russia’s capacity will be harmed; the conflict is the country’s largest consumer of goods, and the blow it is receiving is cyclical. Russia will be encircled by an iron ring, with grave repercussions. The Atlantic Alliance will take steps to strengthen the protective fence, which means the alliance now has a legislative framework in place to respond collectively to the protection of any member whose security is threatened.”