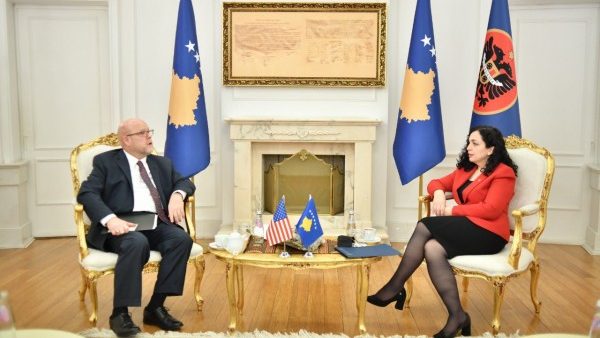 Kosovo’s Prime Minister, Albin Kurti, has described the situation in Ukraine as a tragedy following Russia’s attack in the early hours of the morning.

“We have taken certain measures and reached some conclusions regarding coordination and better collaboration with the democratic West in general, and particularly with the European Union and NATO,” he said.

Kurti said they had received assessments and information from the heads of state mechanisms during the Security Council meeting last night.

Kosovo strongly condemns Russia’s aggression, Osmani posted on Twitter. “We completely support our partners in their efforts to prevent destabilization in our region,” she added.

Meanwhile, Ambassador Hovenier stated on Twitter that he had an important talk with Vjosa Osmani about Russia’s massive occupation of Ukraine, which the US opposes harshly. Both Kosovo and the United States reaffirm their support for Ukraine.”