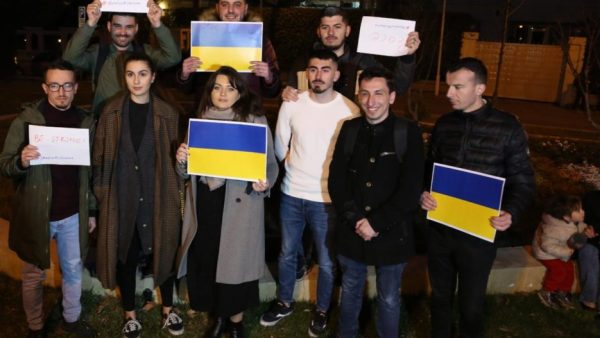 Millions of people throughout the world have been affected by Russia’s invasion of Ukraine, and protests have been planned to demand that Russian President Vladimir Putin end the attack.

Protesters have showed sympathy with the Ukrainian people all across the world, from Tirana to St. Petersburg, Paris, London, Tokyo, Norway, Barcelona, and the United States.

On Thursday evening, individuals rallied across Russia, including in the city of Vladimir Putin, against the Russian president’s escalating aggression on Ukraine.

However, anticipating riots, Russian police acted quickly to quell them, capturing known activists before they reached the country where the protests were taking place.

Since Thursday afternoon, 1,391 arrests have been reported in anti-war rallies in Russian cities such as Moscow, St. Petersburg, and others, according to OVD-Info, an independent police monitoring website. “No to war!” chant protesters as they march down a street.

Protesters also gathered in Tirana at the Russian embassy. They express solidarity with Ukraine and urge an end to the attacks while holding candles and the Ukrainian flag.

Protesters gathered outside the Russian embassy in Berlin to denounce Russian President Vladimir Putin’s decision to send troops to Ukraine.

“We stand united with Ukraine!” many chanted as they waved yellow-blue Ukrainian flags. They also gathered in front of the building at the Brandenburg Gate in Berlin on Tuesday evening.

“Ukraine will resist,” “Say no to Putin,” and “Impose sanctions immediately” were among the signs held by some.