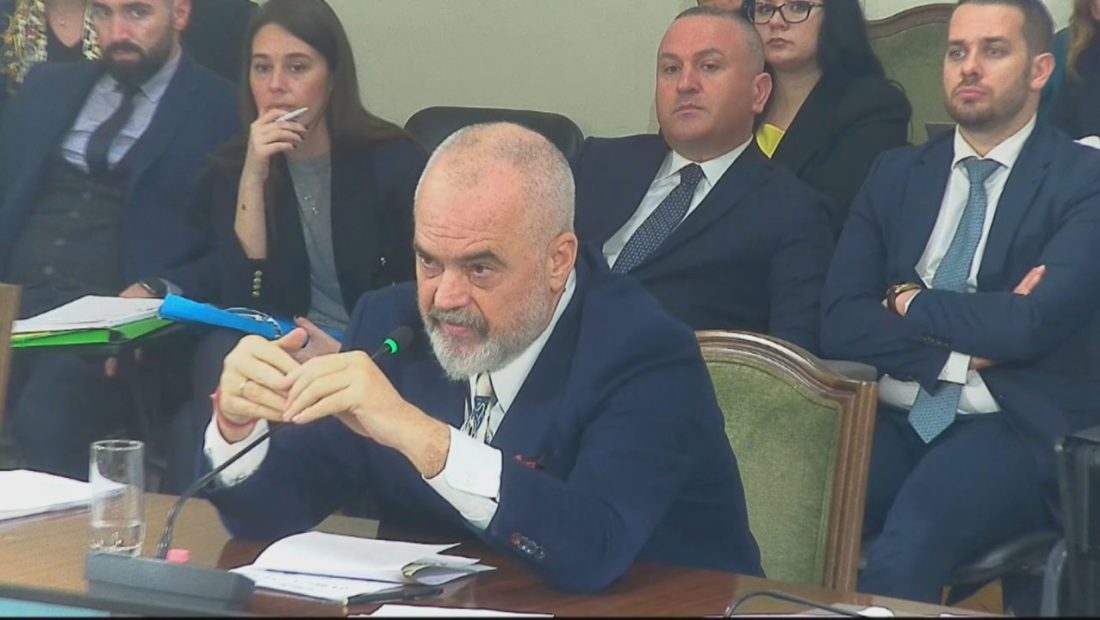 The case of corruptive procedures for the construction of the expensive and much-praised waste incinerators has caused a huge political debate in Albania, as the former Minister of Environment was arrested over corruption allegations.

An Investigative Commission on this case, led by members from the main party of the opposition, has summoned many members of the Albanian government to question them about the ongoing procedures.

Jorida Tabaku, the head of the Incinerators Commission of Investigation, outlined the data that, according to the Democratic Party, will benefit incinerator corporations.

Prime Minister Rama burst out laughing at her statement. “I’m sorry you’ve been made available to this crazy with your voice and image, which may be typical for Basha but not for a professional. It’s tough for me to believe you believe what you say. I find it hard to believe you claimed there were 5200 individuals in the hall (with 2000 seats). All subsequent figures after that are very debatable, even if they are correct. You tell them that they have been cheated out of 430 million euros, but the money is being used to clean up Tirana, not for the firm. The business will make its own investments. Waste will be paid for by municipalities until 2047. In Albanian politics, this is the pinnacle of shamelessness.”

Prime Minister Edi Rama claimed before the incinerator panel of inquiry that he was hesitant about their construction due to the high cost, but that it was a necessary process and a major emergency. He considers the 29 euro price for Tirana to be reasonable.

The construction of incinerators, according to the government’s leader, is the best option, both in terms of community effect and investment-price-profit.

Rama stated that money from the state budget was put in the construction of the incinerators in Fier and Elbasan, while money from the corporation was invested in Tirana. It is subsidized in the Durrs case.

Helidon Bushati, a Democratic Party member of the Investigative Commission for Incinerators, said it was disgraceful that Prime Minister Rama’s signature was visible in the draft contract. He emphasized that this demonstrates his commitment to making it a reality. However, the government’s top official said that this is the first time he has seen an official notebook in the distance that he has never seen up close.

“I didn’t come here to debate experts since the expertise here is infected with a virus. I came here to take on the role of Prime Minister, and I’m aware that the responsibilities are divided. I agree that the aesthetic issues are more serious, but I do not have access to, and have never seen, the Official Bulletin. I’m seeing an Official Bulletin for the first time from afar. I’ve never seen it up close, and that’s not a problem for me. The official bulletin’s typography is not created by me.”

The government’s leader went on to say that he bears responsibility for everything that each ministry performs in such coordinated battles.

When asked by MP Belind Klliçi why the three people wanted by SPAK for incinerators have not arrived to testify, Prime Minister Edi Rama denied knowing them. He warned that individuals who betray his and his work’s good will will not receive his backing or mercy.

In this scenario, Rama’s entire effort is focused on managing garbage, pollution, poison, and conserving the pure air.

“There is no evidence of corruption. We are not suggesting that this is a revolution to clear Albania of the mountains of rubbish we inherited. Elbasan, Fieri, and Tirana are all breathing again today. Shijaku and Kavaja are alive and well today. Here is my job, and this is my group. If the Minister of the Environment is accused of something in this job that has nothing to do with working together, if he has abused his position, “..

The fact that no decision of the Municipal Council has reached the investigation committee, according to Klliçi, is a source of concern. Rama, on the other hand, disagreed, saying he did not take this fact for granted. He also utilized irony when he said he would give Tirana’s mayor a lesser mark because of his awful behavior in this situation.

Belind Klliçi sought reaction from Prime Minister Edi Rama on the terrible death of a minor, Ardit Gjoklaj, while gathering rubbish at the Sharra landfill. “The case was dismissed in court a few days after the mayor, Erion Veliaj, was pictured with the prosecutor in the case,” Klliçi claimed.

“This technology of forced approach, making politics by accusing an opponent of murder, is not something I can accept. That generation does not include me. And this is a method that has been around for a long time. For example, I would have liked to remark on the Constitutional Court’s recent decision. However, I did not do so. The case you submitted to me has been decided by a court. Why should I think that the prosecutor is photographed in this movie? This photo technique isn’t going away anytime soon “Rama said.

Belind Klliçi requested an explanation from Prime Minister Edi Rama in the commission on a photo of Mirel Mertiri and Arben Ahmetaj taken 5 years ago at Kumanovo, where they were also involved in an accident. The head of government responded that the images indicate nothing and that Ahmetaj was not a minister at the time.

Prime Minister Edi Rama and MP Luciano Boci continued their arguments at the Investigative Commission for Incinerators after the latter asked if the Council of Ministers had decided to reform the Contracting Authority in 2018. When the Elbasan MP noticed Rama evading the question, he persisted on receiving an answer, but Rama instead spoke about the revolution he is conducting to clean up Albania’s waste. While Boçi’s question was answered, Rama stated that decisions are made by the council of ministers, not the Prime Minister.