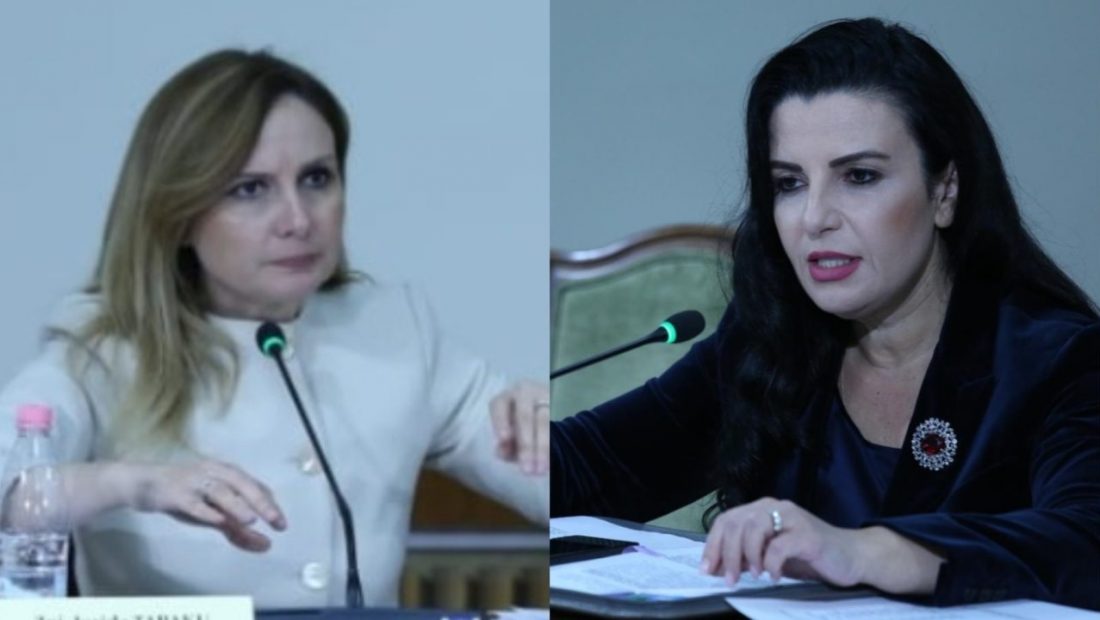 Discussions between the chairwoman of the Panel of Investigation into Incinerators case, Jorida Tabaku, and the Minister of Energy and Infrastructure, Belinda Balluku, erupted during Balluku’s the minister’s testimony before the commission, which was broadcast live on the internet. Balluku accused Democrats of taking advantage of the situation when they claimed that the economic loss caused by the incinerators matter totaled 430 million euros.

“You make the assumption that 430 million euros has been stolen.  This is similar to the situation in which you had 5000 delegates at an assembly with only 2000 seats available to you.”

Balluku’s comment drew the reactions of the Democrats at te Commission, as she was referring to the National Assembly of the DP held on December 18th in which they were accused of declaring a false number of members.

“It’s not a problem. One already went to jail.  Let’s see if anyone else goes as well,” Tabaku said referring to the former MInister of Environment.

“Yes, there is no such thing as 430 million. Only if they take into consideration what will happen in the future 30 years, including interest rates and delays that do not even exist now,” Balluku stated.

During his statement before the Commission of Investigation about the Incinerators, the Minister stated that the inclusion of Durres incinerator in the Tirana waste facility occurred without the need to change the contract because the situation was urgent.

Balluku claimed that Democrats were attempting to influence any witness answer. “You call us into doubt, yet you have cemented your own idea. And I believe that is incorrect” There must be an investigation by the investigating commission”, she explained.

Belinda Balluku, the Minister of Energy and Infrastructure, refused to respond to a question from Democratic MP Helidon Bushati about whether she would accept contracts for incinerator concessions if she were in charge of the contracting authority.

“This is a partisan political question. I will not provide an answer since I do not believe that you are requesting my opinion in this particular situation “Balluku responded.

The minister stated that the appointment of the same supervisor for all three incinerators does not constitute a violation of the law, as the opposition asserts. She said that the identical process used for the Elbasan incinerator would be used for the Fier incinerator.

“Without a doubt, the Fier incinerator will be licensed for energy production. There will be no claims from the building party because the license is clearly part of the PPP investment. Afterwards, everything will be transferred to the Municipality of Elbasan, and the same procedure will be followed in the case of Fier. In the words of the Minister of Infrastructure and Energy, “you want to bring up a problem that does not exist.”

The mayor of Fier, Armando Subashi, was the next witness to be heard before the Commission of Investigation.

Subashi described the incineration as a “very positive act” for the entire community of Fier, and he confirmed, among other things, that he had contact with Klodian Zoto, who is wanted by SPAK for being involved in the incinerators case.

“I spoke with Klodian Zoto 2-3 times, the first time when we started depositing the meeting at the new facility and the second time when we had technical discussions with the plant’s administrators. We had a technical discussion on how they will deposit the garbage, and for the timetable, we requested that the facility operate at night, and we came to an agreement “, Subashi stated.

When asked by Commission member Dhurata Çupi about the individuals who may be accountable for the incinerator project’s implementation, Subashi responded, “I cannot provide details since I do not have information about these facts.”

According to the talks I had with the plant’s director, the incineration process will begin in a few days. From this point forward, the plant is referred to as 100% complete “..