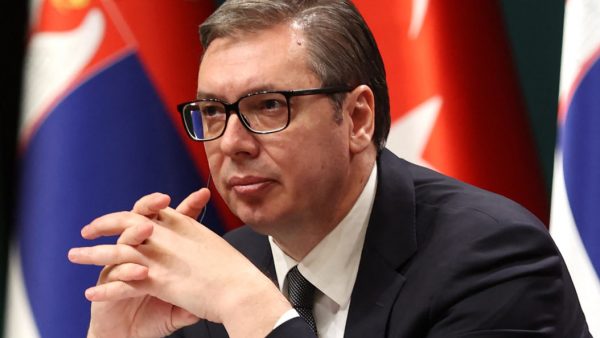 Serbian President Aleksandar Vucic has stated that Serbia should not recognize Kosovo’s independence, but rather work with the Albanians in the region to establish confidence.

The controversial comment was made during a televised discussion on Friday. “Serbia should not accept Kosovo’s independence,” Vucic added, “but it should cooperate with Albanians to create confidence.”

He stated that Serbia has experienced grave injustices as a result of Kosovo and referred to the decision to redraw the borders of the former Yugoslav republics as “opening the Pandora’s box.” Vuçi admitted, however, as N1 reports, that even the Serbian side’s acts could hardly be described as “angelic.”

Vucic declared that peace in the area must be preserved by recognizing all sides’ victims and working via the Open Balkans program, which includes Albania and northern Macedonia (but not Kosovo), Montenegro, and Bosnia and Herzegovina.

There are no issues in Serbia’s relations with NATO, according to Vucic. Serbia wants to work with the alliance but does not want to be a part of it.

“Serbia is a militarily neutral country that seeks to protect its people, its land, and its airspace.”

Today, we have an army that is ten times stronger, not to attack, but to protect against the most powerful attacks.”