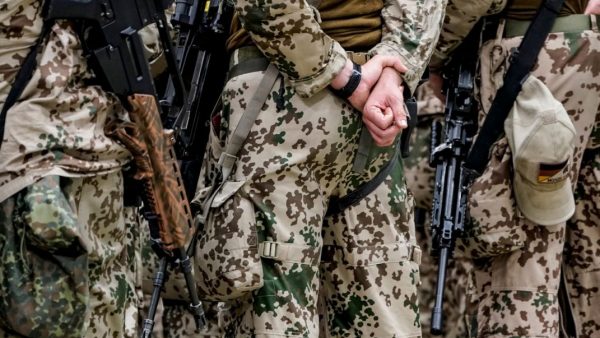 Sergey Lavrov, Russia’s foreign minister, has made strong claims that mercenaries from Albania, Kosovo, and Bosnia and Herzegovina are being recruited to fight in the Donbas, a Ukrainian territory where pro-Russian government and separatist forces have been at conflict since 2014.

Albania’s Ministry of Foreign Affairs responded to the statement by summoning Russia’s ambassador in Tirana and requesting that the story be refuted. However, more than a declaration of truth, Lavrov’s comment appears to be an unsubstantiated accusation for which the Russian Foreign Ministry has yet to offer evidence.

Albanian legislation prohibits citizens from taking part in international conflicts. Chapter VII of the Criminal Code, as well as paragraphs 265/a, 265/b, and 265/c, provide for sanctions against participation in conflicts in another country (amendments according to law no. 98, dated 31.7.2014). The decision to implement this rule was made in response to the engagement of some Albanians in the Syrian conflict. Kosovo has enacted a similar law. Currently, the Criminal Code imposes a 10- to 15-year prison sentence on those who recruit or participate in wars in foreign nations.

Additionally, Albania’s National Strategy for Counter-Terrorism, approved in 2014, includes measures to assess, enhance, and modify existing mechanisms that might finance terrorism, as well as to freeze the assets of individuals and businesses involved in terrorist activity.