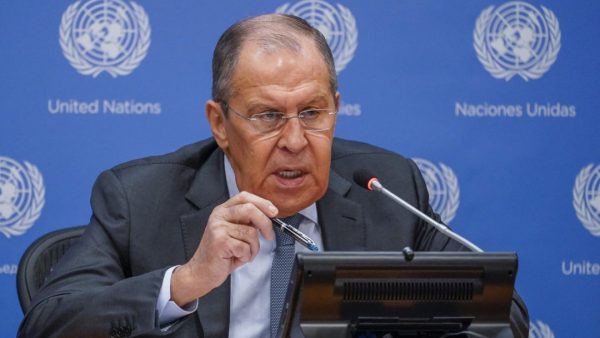 Russian Foreign Minister Sergey Lavrov alleges mercenaries from Albania, Kosovo and Bosnia and Herzegovina are being recruited to be transferred to Donbas, a Ukrainian area divided between the Kiev administration and Moscow-backed rebels.

In an interview for Russia Today, Lavrov said that “German Chancellor Olaf Scholz and other NATO leaders declare the alliance is oriented at defense. President Putin reminded him that NATO had attacked Yugoslavia in 1999. Scholz stated that NATO intervened to avoid a genocide and that today that region is prospering,

“But the region is far from booming”, Lavrov stated. “Kosovo and other countries of the Western Balkans are becoming grounds for criminality. There are terrorists, drug traffickers. It is a recruiting station for mercenaries engaging in United States-sponsored hostilities. There are claims that mercenaries from Kosovo, Albania and Bosnia and Herzegovina are being recruited to be transported to Donbas, and other nations, in order to destabilize Russia. “We are checking this information immediately,” stated the Russian Foreign Minister.

He expressed sadness that Kiev refuses to deal directly with rebels in the self-proclaimed autonomous regions of Donetsk and Luhansk to stop the civil conflict.

According to Lavrov, earlier this month, Moscow was warned by separatist-backed security services in the region of the presence of British and Polish mercenaries. The Donbas province, along with that of Luhansk, is one of the epicenters of the conflict between Ukraine and Russia, which began in 2014, when Moscow annexed the Crimean Peninsula.