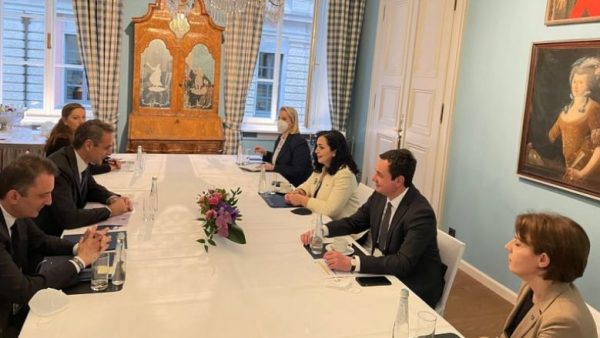 Kurti and Osmani requested the Greek Prime Minister’s assistance for the visa liberalization process for Kosovo after reviewing the two nations’ relations.

“They also emphasized the necessity of Greece’s recognition of Kosovo as a logical next step in their relationship’s development. Kosovo, according to the heads of state, remains committed to its Euro-Atlantic orientation and aspires to join NATO, the United Nations, and other international organizations. During this meeting, it was also discussed how to strengthen Kosovo-Greece cooperation in the fields of security, trade, culture, and other areas of mutual interest “, according to the official press release .