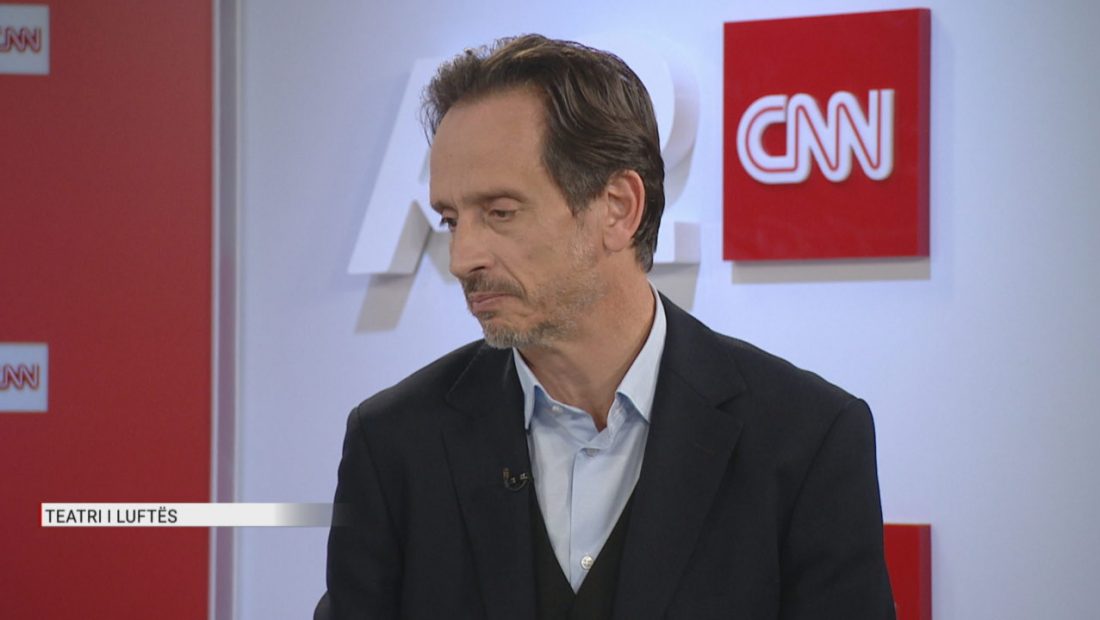 Along with economic, geostrategic, and recent EU events, security analyst Adrian Shtuni provides another reason for the probable Russian attack against Ukraine at the present.

According to Adrian Shtuni, President Putin seeks to shore up the country’s and region’s precarious situations, since many countries pursue liberal democracies.

“There are several reasons why these events are occurring today. When viewed from within Russia, Putin is attempting to achieve a more advantageous position for himself. However, regional developments may have damaged his confidence and that of his followers. Specifically, I’m referring to Belarus and Kazakhstan. Putin perceives that they have a preference for liberal democracies, a popular preference that runs against to Putin’s desire to preserve his area of influence. The EU has been split, and Britain has departed. We are witnessing a shift in Germany’s internal policy, as well as an energy problem that is substantial when we consider the energy sources are Russian,” Shtuni explained.

According to researcher Dritan Shano, Putin now controls Europe, considering that we are experiencing an energy crisis and Russia is a global energy giant.

“The fight has begun and will continue for a long period of time, but it is a diplomatic war aimed at repositioning Russia where they believe they should be. However, why now? He now possesses Europe. We saw a spike in gas prices when the tap was cut off, resulting in a crisis in Europe. Russia is a global energy superpower that is critical to Europe. This is a time when all of the democratic world’s governments are perceived negatively by their populations as a result of a global crisis, epidemic, and others.

Putin has demonstrated via his position that he is not embarrassed. Western leaders are unapologetic. Putin is completely unconcerned. There is perpetual discussion regarding positioning. I believe his objective is to keep NATO at bay. These are the perfect occasions for him to demonstrate Russia’s strength. However, I believe that no invasion will occur. I am not referring to expenses. He doesn’t need to enter with soldiers. At any point in time, he has the ability to cause major issues in Ukraine,” Shano stated.

“The notion of war is untenable. When infantry forces are introduced, true battle begins. Will Russia launch an attack on Ukraine? It is structured similarly to sports betting. Russia’s capability limits its ability to function, as do geostrategic conjunctures distant from its borders. There is a sizable land available, but there are no reasons to claim it. Technically, it is inside its own accounts. Russia controls two G7 countries: Germany and Italy. We avoid Italy because of its economic reliance on energy issues. Putin can make advantage of that” Russia’s economic and financial frameworks accommodate its potential.”

This is what expert Ben Andoni stated in Absolute 4 while discussing current events involving Russia, Ukraine, and the West.

However, Andoni emphasized that in any scenario including Russia, there can never be war as a result of international accords colliding.

“I believe a deal has been reached with the United States. Lviv is located in close proximity to Poland. There is a pact between the two major powers that prohibits approaching within a set distance of missile zones in Romania and Poland. There can never be a war in any Russian scenario because international accords conflict. However, he maintains a state of tension around the world, which appears to me to be an intrinsic conflict between Europe and the United States,” Andoni explained.

“I believe that no conflict will occur. Russia employs a unique style of fighting. Russia’s objective is to achieve the largest amount of geopolitics at the lowest possible expense. This occurred in Georgia, we have seen it in Syria, and we have also seen it in Libya, where it frequently operates without the use of military formations.”

This is what researcher Redi Shehu stated on A2 CNN’s Absolute 4 program, which explored the tensions between Russia and the West.

He said that Russia’s objective is to demonstrate that it is no longer in the situation of 2014 and to press for a renegotiate of the security pact. On the other side, Shehu emphasized that the West is attempting to draw it into the conflict in order to disgrace him.

“Based on his previous actions, I assume he is playing the same game with Ukraine. Russia’s objective is to compel the West to renegotiate a new security agreement. Russia’s statement conveys the notion that it is not the Russia of 2014. Russia is utilizing it as a means for achieving a significant security accord. But what is the West doing in this position with the US in charge? “They attempt to push him, to shame him, to take the step, to bite the bait, to engage the conflict and get trapped there,” Shehu explained.