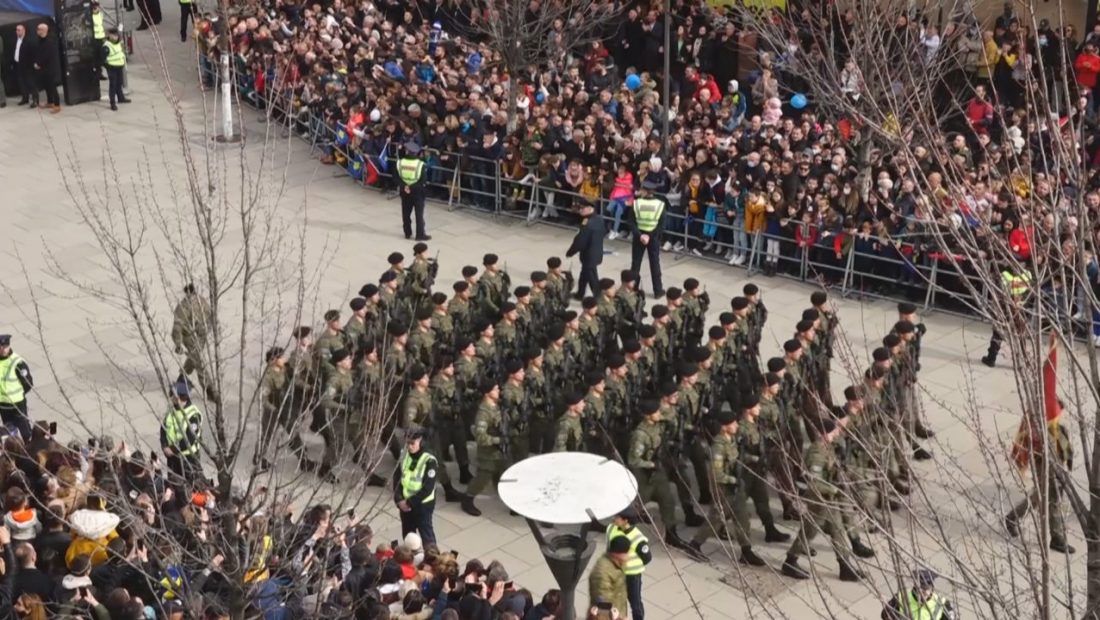 Kosovo commemorated its 14th independence day with a number of official events and festivities. Members of the Kosovo Security Force raised the flag in front of the Government building in the presence of top leaders of state, President Vjosa Osmani, Prime Minister Albin Kurti, and Speaker of Parliament Glauk Konjufca.

Following that, the Assembly convened in solemn session. Kosovo’s President, Vjosa Osmani, stated that achieving freedom will need a great deal of sacrifice and hardship. While paying tribute to people she referred to as freedom heroes, Osmani also addressed the Kosovo-Serbia dialogue, which she believes will result in mutual recognition.

Albin Kurti, Kosovo’s Prime Minister, stated that Kosovo’s declaration of independence was the consequence of the liberation war, the righteous cause of self-determination, and the democratic world’s support.

However, Kurti highlighted his administration’s accomplishments, particularly in the battle against corruption and organized crime, as well as in the economic sector. This resulted in opposition MPs leaving the chamber in protest.

Today, on the 14th anniversary of Kosovo’s proclamation of independence, troops from the Kosovo Security Force marched with the Kosovo Police in Pristina’s “Mother Teresa” square.

Thursday’s activities began in the early hours. As tradition dictates, political leaders and politicians paid respect to the famed KLA commander Adem Jashari’s statue at Prekaz before proceeding to the Zahir Pajaziti monument in Pristina, the martyrs’ cemetery, and the tomb of Ibrahim Rugova.