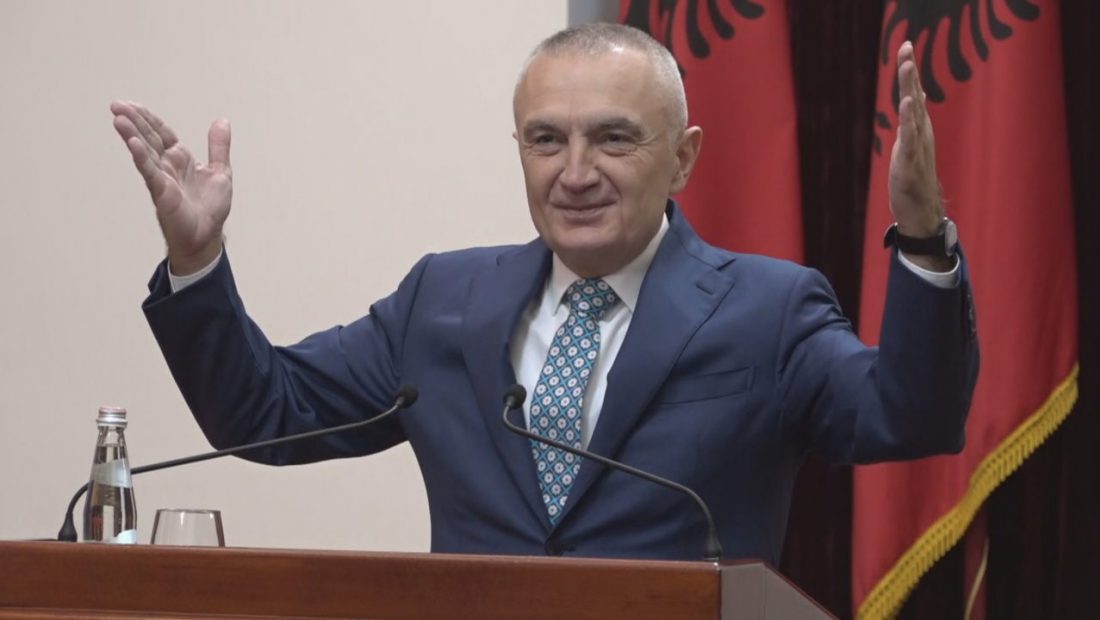 The Parliament’s final report on the President’s dismissal detailed a series of infractions committed by the Head of State. The first claim dismissed by the Constitutional Court concerns Meta’s representation of the people’s unity, for which the MPs considered Meta had violated Article 86 of the Constitution.

“According to the request, Mr. Ilir Meta’s actions, behaviors, and messages to the public prior to, during, and after the 2021 election campaign, as well as on the day of election silence, April 24, 2021, did not guarantee national unity, nor “moderated the political conflict, but rather encouraged it in such terms that resulted in the organized emergence of political party militants in the streets, terrorizing the general public.”

The Constitutional Court was unconvinced by the Parliament’s allegation that President Meta violated the oath, as required by Article 83, point 3 of the Constitution, despite the fact that the report requesting his dismissal included full quotations from the President’s: “through his institution, he has publicly urged Albanians to vote for change, spread innuendoes, and leveled accusations against the majority, the government, and its leaders.  He purposefully connected the latter with phrases like “April 1 government,” “renaissance gang,” “gang party,” “Ndrangheta members,” and “oligarchic administration,” while referring to the elections as a “people referendum.  Against them, as an act of “great change,” as a chance for the populace to “reclaim the plunderer’s authority.”

For the violation of the oath, the Parliament also established a link between the language used against international representatives, a claim that the Constitution rejects as a flagrant offence: “The President has launched public attacks on the US Embassy and Ambassador Yuri Kim, disseminating baseless allegations of intervention in the internal affairs of other countries, favoritism, and representation of anti-Albanian interests of other countries, as he has indicated that the US representatives have committed or are capable of committing crimes against him.”

This aggressive rhetoric, justified as a means of preventing vote stealing, has intensified significantly during the campaign.”

After dismissing the allegations against Meta in large part, the Constituent Assembly rejected the President’s allegations and ruled in favor of Parliament on the concept of institutional continuity between legislatures, as well as the procedures used during the parliamentary inquiry, which it deemed legitimate.

The US Embassy has responded to the Constitutional Court’s decision not to dismiss President Ilir Meta.

“The Constitutional Court of Albania, which began operations in December 2020, is demonstrating its capacity to perform its primary and essential function by examining the facts and arguments presented by relevant parties, discussing these facts and arguments in accordance with the “Constitution,” and issuing decisions that reflect independence and integrity,” the embassy said in a statement.

“The United States firmly supports judicial reform, particularly the establishment of a professional, independent judiciary, as a necessary institution for ensuring the rule of law, separation of powers, and balance of powers.”

Lutfi Dervishi, an analyst invited to “Debate” by Alba Alishani on A2 CNN, commented on the Constitutional Court’s ruling on Ilir President Meta. As regards the US embassy’s reaction to the decision, he stated that he believed it was proper at the time.

“The United States’ response is correct. The context in which the events occur must be considered. For more than two years, the country has been without a Constitutional Court, and all cases, including those involving the president, have been repeatedly delayed. Although the decision is not contentious in terms of enforcement, it is arguable due to the timing and circumstances surrounding its enactment. This is an incentive to new judicial institutions to begin by being functional. It concerns not only this new institution of justice, but also the SPAK’s High Court “‘.

Dervishi also commented on the timing of the Constitutional Court’s ruling, underlining that it occurred at the worst possible time.

“From the standpoint of the time constraint, this is the worst conceivable situation. If the Court wanted to avoid considerable discussion, it could have handed it 24 hours later, presumably close midnight on Friday, and it would have had the weekend before of it. If they desired to discuss it, they might have given it on the week’s opening days. The time specified does not appear to be the optimal timing”, Dervishi stated.

Astrit Patozi, the former Democratic Conviction coordinator, claimed in “Debate” with Alba Alishani that the Constitutional Jury’s ruling not to dismiss President Ilir Meta was unsurprising, adding that nothing shocks him in this country.

Patozi stated that the main beneficiary of the Constitutional Court’s ruling is Sali Berisha, because dismissing Meta would erode their coalition’s electoral strength in the March 6 elections, which he claimed were staged as a “trap” for Lulzim Basha.