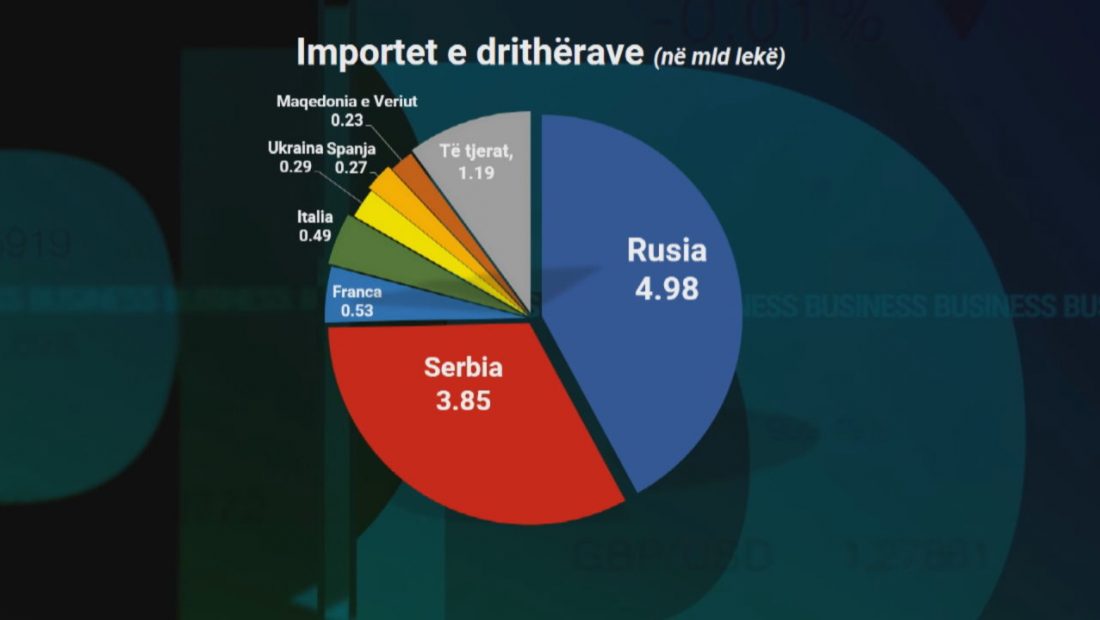 Albania has enough grain reserves to keep the population fed in the case of a conflict between Russia and Ukraine. According to Adi Haxhiymeri, the head of the Association of Flour Producers, these two countries are key world cereal producers, but there are now no signs of trade disruption, and firms in the country are once again prepared.

Despite the assurance of supply, the struggle would inevitably result in a price hike, which would be exacerbated this year by poor production and the energy crisis, both of which have boosted expenses.

According to official INSTAT data, Russia is the primary source of imported grains in our nation, accounting for about 5 billion ALL in 2021, with Serbia coming in second with 3.8 billion ALL. Ukraine, on the other hand, is the sixth country of origin for this vital substance.