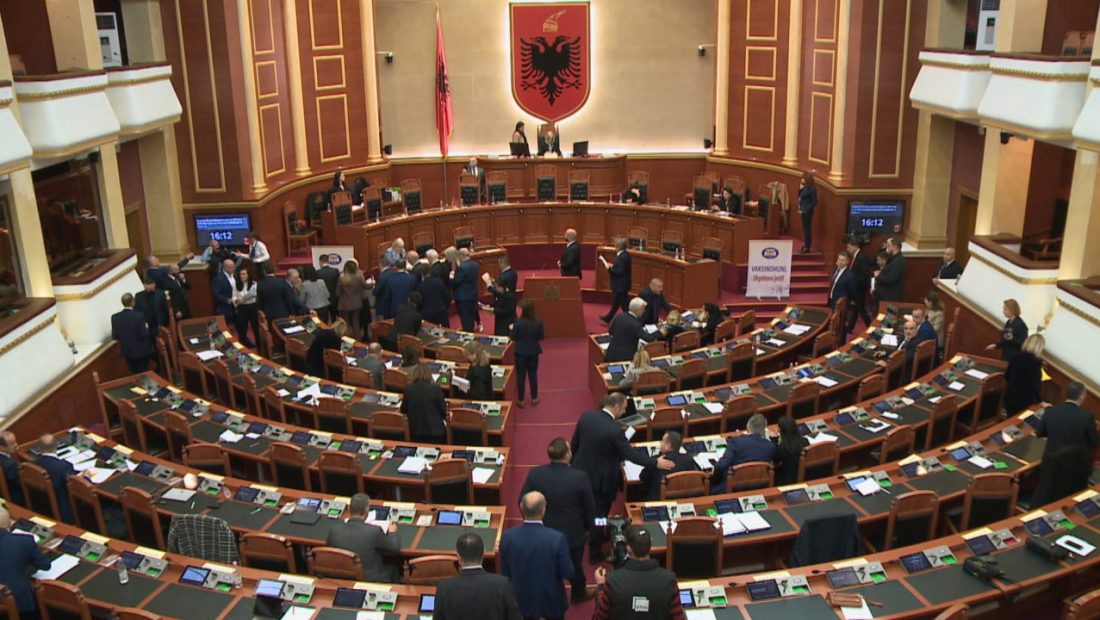 The international pressure was effective. Lulzim Basha and his MPs backed the constitutional proposal to extend the term of the vetting bodies. From his headquarters, where he gathered the parliamentary group in the morning, the Democratic Party’s leader justified the change in attitude.

Sali Berisha gave an explanation for the DP chairman’s 180 degree turn from 2017, when he viewed the vetting process as captured and compromised by Rama.

Prime Minister Rama skipped over the debate and simply showed up in the chamber to vote.

Basha had registered the name among the speakers, but preferred merely to reply to the Socialists.

The historic Democratic leader responded to the criticism by confirming the no vote, while also criticizing the rest of the Democrats.

The SMI abstained, and Lulzim Basha was not spared by Kryemadhi.

“I am surprised by the changed stance of the DP leader. Is it related to justice or to May 17?”

Fatmir Xhafaj, the Socialist Party’s reform emblem, had harsh words for everyone, even international observers of the new justice system. He remarked, “Those who wanted it as it was before, should forget about it.”

Basha established two special commissions for electoral and territorial reform in exchange for the vote to extend the terms of the vetting bodies.