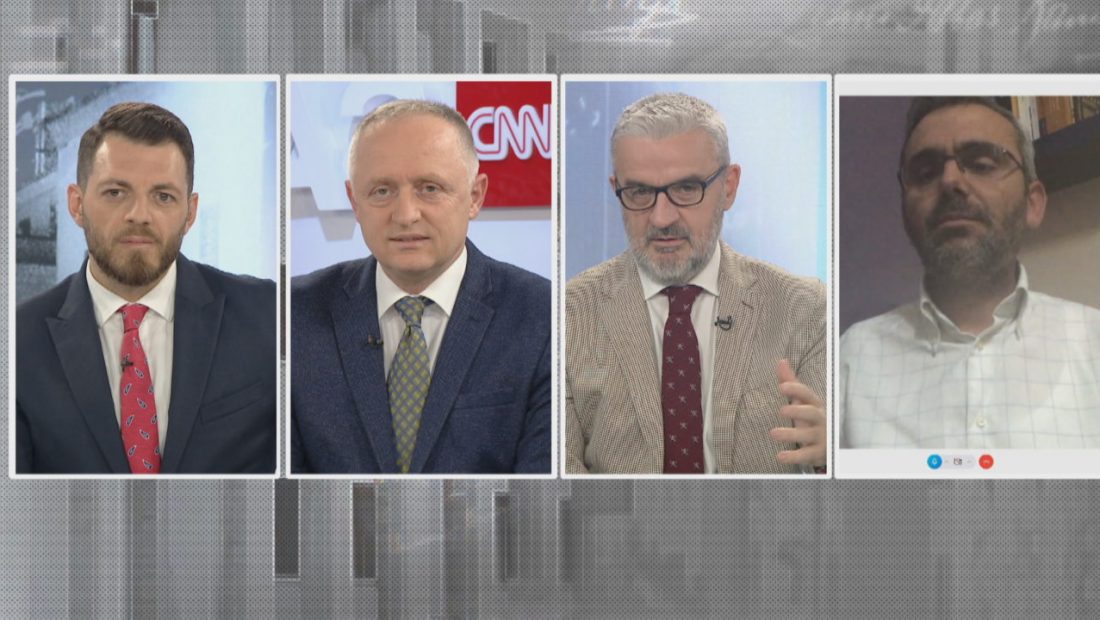 A few hours after the Parliament passed the extension of the mandates of the vetting bodies, a debate took place in the studio of “Absolute 4” about the justice reform, its history, developments, and current state, nearly five years after the process began. Aranita Brahaj, Vladimir Karaj, Lutfi Dervishi, Afrim Krasniqi, Fabian Zhilla, and Dritan Shano were among the studio’s guests.

The vast majority of officials dismissed by the Vetting Process are dismissed because of the wealth criterion, and some for failing to fulfill their duties adequately.

Confirmation came from Birn journalist Vladimir Karaj, who, when asked in the studio by Dritan Shano, provided the example of two dismissed prosecutors. According to him, the majority of decisions were just.

“The majority of judicial members were dismissed due to the wealth criterion; in every case, there were issues with insufficient declaration of hidden assets and conflicts of interest, which were the primary reasons they left the system. Certain individuals may have been penalised for making incorrect applications. The procedure is quite complex. For me, the majority of judgments are correct. The majority of their problems are financial in nature. However, vetting committees do not examine court judgments, which are reviewed by a higher court. There  were certain rulings in favor of two prosecutors who were dismissed for failing to do their duties correctly, as evidenced by the fact that they harmed the victim twice.”

Shano: This is not justice reform, but tax evasion.

Dritan Shano, an expert in economy, called the dismissals for failing to declare assets as tax evasion, not justice reform. The judges and prosecutors who were dismissed have not been convicted, according to Shano, and are continuing to enjoy their money, while today’s vote for extending the terms is the result of international pressure.

“This is not justice reform; this is tax evasion. I would not describe it as a success. We have no sanctions against law breakers, against these individuals who have been dismissed yet continue to spend money quietly. This effectively transforms the five-year endeavor into a power struggle. Everything that occurs throughout the justice negotiating process is controlled by a majority that we have had for a long period of time. Today’s vote was not taken spontaneously, but in response to international pressure. This has been delayed for five years and it is a criteria to be fulfilled”‘.

Brahaj: I expected a criminal proceeding against the corrupt, not a property evaluation

According to Aranita Brahaj from Open Data Albania, there should be a criminal proceeding to prosecute the corrupt officials, not just a property assessment procedure. According to her, this will have far-reaching consequences for all of our country’s future governments.

“I was one of the reform skeptics. Corrupt individuals should face criminal charges, not a property valuation procedure. Conducting a judicial through a majority in power, increases the chance that the majority will take control of the system. I expected criminal trials to bring the corrupt to justice, yet there was no crackdown or asset confiscation. I believe the change was a wonderful concept, but there was insufficient knowledge, and I believe it will have far-reaching consequences for all of our country’s governments. There has always been a desire to establish a zero-year.”

Krasniqi: Not a failed reform, but a moderately successful one

Analyst Afrim Krasniqi does not view justice reform as a failure, but rather as “moderately successful.” According to him, this is an experiment by the US and EU in Albania.

“It is hard to carry out a comprehensive and horizontal reform with the highest potential expectations in a country that has a poor track record of reforming. Albania is undergoing a US and EU-led reform. They’ve dubbed it na “experiment,” and like any experiment, it’s a “moderately successful” reform, but not a failure. The Independent Qualification Commission was one of the most blatant examples of a broken structure. Almost all verdicts reached with three affirmative votes and zero negative votes have been right. Two-vote decisions are interpretable. We must wait until the vetting process is complete to determine if a standard was followed.”

Dervishi: Vetting has also resulted in the dismissal of those who should have been in office

Lutfi Dervishi used a metaphor to describe the process of vetting judges and prosecutors. He maintains that some of them should not have been dismissed. Dervishi believes that there is a widespread belief that there is no justice in this country, which has created an environment conducive to crime, cannabis plantation, and the destruction of public property.

“If we refer to it as success, it is prudent not to repeat it. It can be compared to hard and difficult surgery and  the patient has just woken up. It was as if they had a large tree loaded with rotting apples. The reform sought to rid the system of rotten apples. Along with them, several excellent apples dropped, and  Albania cannot afford to lose those people. The tree was shaken so violently that it was uprooted . There were two possible approaches; we picked the third one. The first approach was to do it within the judicial system. The second approach was through politics. The third was to be accomplished through international effort. They took it to the extreme with the issue of asset declarations . Those who conduct the vetting are not vetted themselves.  A scenario has been created in which it is believed that there is no justice in this nation, that mayhem has been committed in this country through drugs, crime, and destruction of public property, with the idea that there is no justice.”

Zhilla: Justice reform must be followed by electoral reform

According to analyst Fabian Zhilla, judiciary reform must be followed by electoral reform to enable the political class to be replaced.

Reforming the justice system must be followed by further reforms. If justice reform is not supported by electoral reform that empowers citizens to replace the political class, enforcing any legislation would be difficult, yet we have highlighted certain reform issues that were declared as worldwide norms. It was intended to alter the system, but the system cannot be altered by its occupants. And the problem lies in who picks the individuals who will head the institutions of justice reform. Another issue is the transition’s unpredictability. A non-technical analysis was required. It is worth noting that if this criterion is followed, a significant measure will come out of the institution. Professional standards were disregarded in this vetting process.”