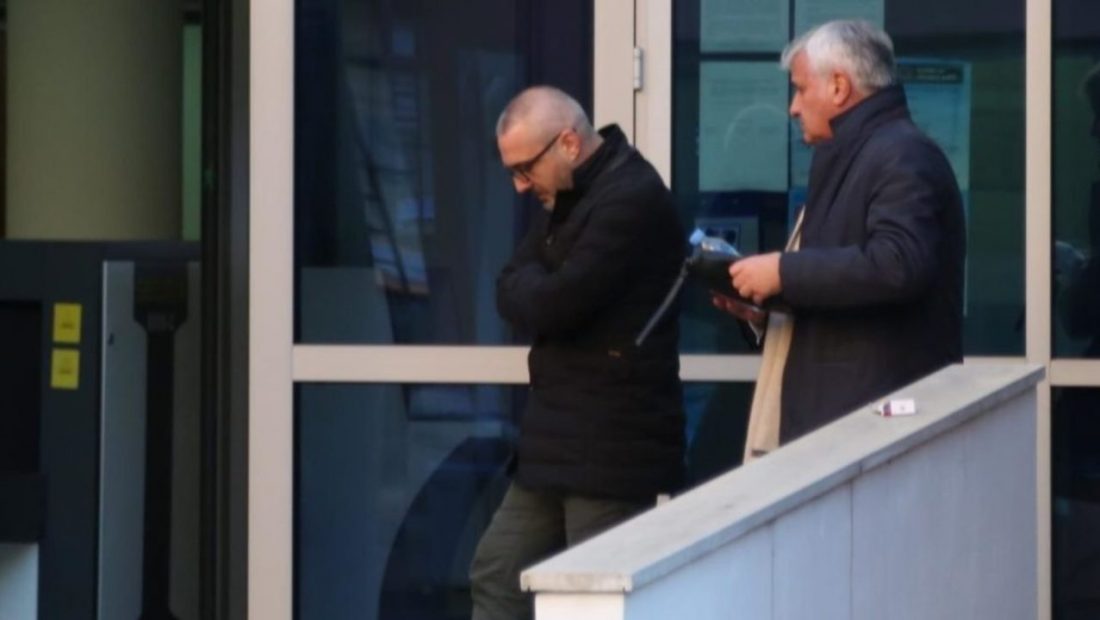 Saimir Tahiri, the former Minister of the Interior, was convicted to 3 years and 4 months in prison for abuse of office by the Special Court of Appeals. With the exception of the probation service, the court ruled to uphold the decision of the first instance.

The court acknowledges the high rate of drug trafficking and concludes that it establishes beyond a reasonable doubt that Tahiri benefitted from Habilaj. It also ruled that the police were involved in the case of the fishing vessel, “Fatima”.

The Special Court of Appeals’ decision to sentence him to 3 years and 4 months in prison was regarded as an injustice by Saimir Tahiri.

Tahiri claims in a social media post that he has never broken the law.

“I love you all! I’m sorry things turned out that way. I am morally sound, I have never broken the law, I have loved every day of my job, and I am satisfied that I have performed my duties to the best of my ability.

The US Ambassador to Tirana reacted with a Twitter post encouraging the new judiciary system to continue its work in showing that no one is above the law. She added that the US is watching closely the case of the incinerators, in which former Minister Lefter Koka was arrested over corruption accusations.

According to Basha, the court ruling confirmed that the Democratic Party’s allegations about the former minister’s role in worldwide drugs trafficking were correct.

“A scandalous ruling.” This is how Saimir Tahiri’s lawyer, Maks Haxhia, described the ruling of the Special Appeal to sentence his client to prison for power abuse.

“A scandalous ruling.” This is how Maks Haxhia, Saimir Tahiri’s lawyer, described the Special Appeal’s ruling to send his client to prison for power abuse.

According to a well-known lawyer, this judgement was made in a non-legal sense in order to tarnish Tahiri, because power abuse is not within the court’s jurisdiction.

“This was a scandalous ruling. If the sentence of Saimir Tahiri will satisfy and fulfill all the concerns that the Albanian public had, let it be called fulfilled. From a legal standpoint, this court accomplished what could not be done. The ruling of the first instance court was affirmed, but the suspension of Article 59 was lifted. This is a revenge of the supremacy and position of an inexplicable judiciary. This court does not have jurisdiction over power abuse. The conclusion was surprising and made no sense from a legal standpoint. Suspension includes additional requirements. We are unsure how the court will justify such a ruling. Saimir Tahiri had the option of not appearing at all. But he was adamant about being there. After the court has presented its reasons, there will be a recourse. I’m sure it’ll be delayed,” Haxhia remarked, “since this decision was made to tarnish Mr. Tahiri.”

The rise and fall of Rama’s “Champion,” the “Tahiri” file

From being “the champion” of the “Rama” government, and the famous expression for the police and its actions, very soon Saimir Tahiri would face serious accusations.

Dritan Zagani, the previous chief of anti-drugs in Vlora, accused him of obstructing police activities to catch drug dealers in September 2015. While on the run, Zagani made those allegations, alleging Saimir Tahiri’s vehicle had been used for drug trafficking by the minister’s cousins in Vlora.

Tahiri, as well as the Prime Minister, dismissed the allegations at the time, calling them “slander from the dirt that was being hurled at the administration.” However, a month later, Italian police announced the arrest of seven people suspected of being involved in drug trafficking. Moisi Habilaj, Saimir Tahiri’s cousin, was their leader.

The Democratic Party released the whole file a day after Habilaj’s arrest, which included 413 pages of wiretaps in which the defendants mentioned Tahiri’s name. The Prosecution of Serious Crimes immediately made a request to Parliament the same day, with the first demand being authorization for Saimir Tahiri’s arrest. The Mandate Committee decided to give him custody of his home after multiple hearings, but not to lift his political immunity. Parliament had the last say.

Prime Minister Rama also gave a speech before deciding to vote for Saimir Tahiri. His parliamentary group speech will be noted for the epithets directed at Tahiri.

“I don’t believe it is necessary to state this. If I learned at the end of this story that Saimir Tahiri is not the one I know, the one that everyone has believed in and supported, but a worm who does not deserve the word “human,” it would be the worst letdown of my life, the most terrible lesson of my life in public service!”

Tahiri’s career with the Socialist Party

In 2005, at the age of 26, Saimir Tahiri was introduced by the Socialist Party’s leader, Edi Rama, as the party’s new spokesman.

He was elected to the Parliament four years later as a member of the Tirana lists for the Kombinat area. The SP did not win the 2009 elections, and Tahiri was one of the most vocal opponents.

Following his election as an MP, he became the leader of the Socialist Party of Tirana in 2012. In the meantime, he was named the director of the “Qemal Stafa” Foundation. In September 2013, soon after the political rotation, when Edi Rama took over the government, his devotion was rewarded with the position of Interior Minister.

Since then, he has become the Democratic Party’s most attacked minister. The opposition accused him in particular of having ties to Emiliano Shullazi, a well-known crime figure.

His crowning success was the cannabis-growing village of Lazarat. After the police action, the little village near Gjirokastra lost its position as an independent republic where drugs were grown. However, the opposition claims that drugs have infiltrated the entire country. The government, on the other hand, did not agree.

Edi Rama dismisses Tahiri and three other ministers from the government in May 2017. Was it Ilir Meta’s or international partners’ request? Rama responded simply to these questions, openly declaring Tahiri “a champion”.

The former minister’s return to Parliament following the elections was not without incident, as the prosecution filed charges against him only months later. And, despite his first defense, Saimir Tahiri resigned as a member of the Albanian Parliament in May 2018, effectively ending his political career.

It remains to be seen if this will be temporary or permanent.