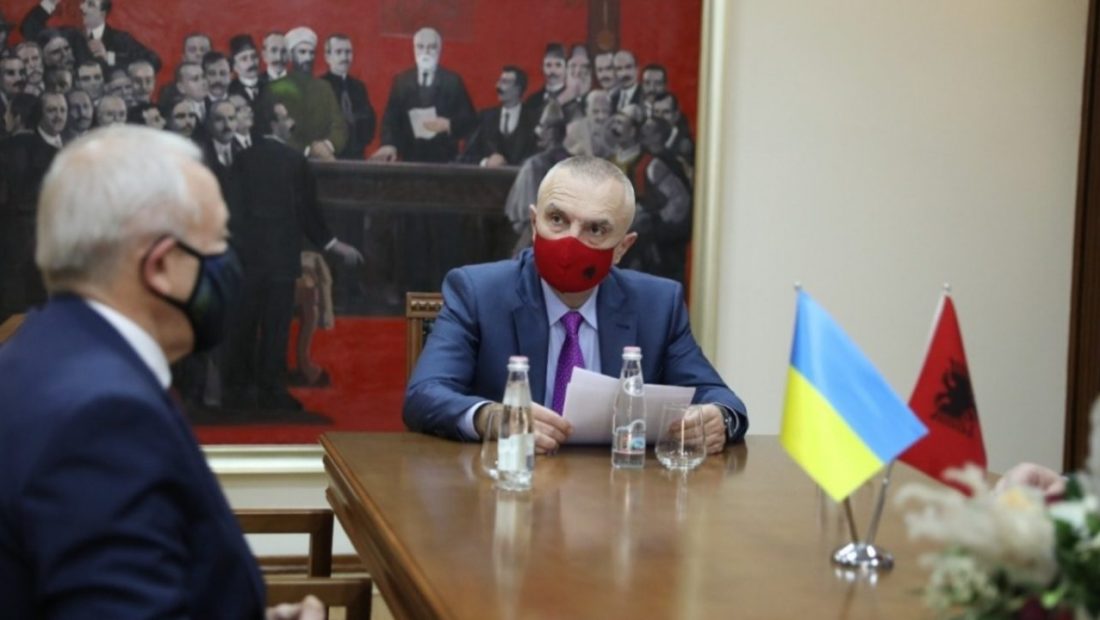 President Ilir Meta met with Ukraine’s Ambassador Volodymyr Shkurov in Tirana today, where they discussed the country’s tense situation and the possibility of an open confrontation with Russia.

“We are all concerned about the possibility of Russian aggression against friendly Ukraine, which would be a clear breach of international law.”

“I was briefed by the Ambassador and complimented him on his country’s efforts to address problems via dialogue and in a peaceful manner, including within existing international platforms,” the Albanian president said in a social media post.

Metea assured the ambassador that “Albania, with its membership in NATO and non-permanent membership in the United Nations Security Council, is standing alongside Ukraine in support of the country’s sovereignty and territorial integrity.”

The Kremlin recently addressed a letter to Western chancelleries, including official Tirana, requesting them to take a stance on NATO status, which the Russians feel is going beyond its defensive characteristics in the crisis with Ukraine, as well as recent military actions in Eastern Europe, which the Kremlin perceives as a direct danger.