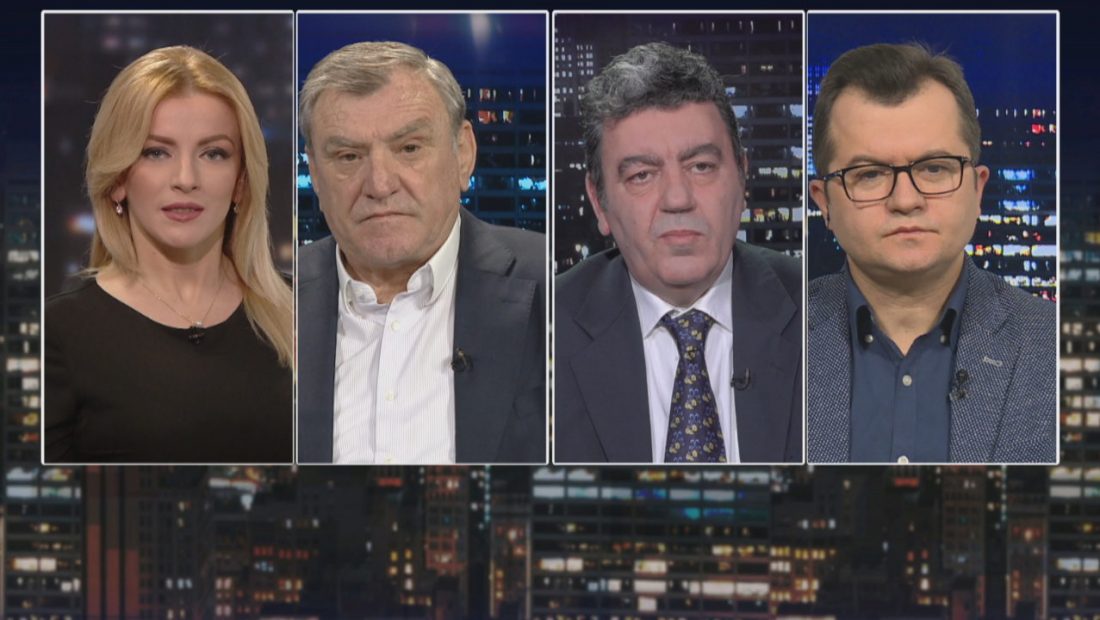 “On March 6, a fight for second and third place”, Nesturi: Basha’s tactics to enter the elections only

“The Allies are in a difficult spot. We’re dealing with an internal DP disagreement, and bias might have an influence. Meanwhile, on March 6, the parties will campaign only for the candidate, with the allies’ votes not going to the councilors. The voters’ turnout  in these elections would be relevant in this regard, and only that.”

This is what analyst Plator Nesturi stated on Alba Alishani’s show “Debate,” on A2 CNN, in response to the DP allies’ decision to boycott the March 6 by-elections.

Additionally, he suggests that Lulzim Basha may be attempting to enter the elections alone against a coalition of the Re-establishment and the SMI.

“The fight has begun. In some ways, these options are solely used to select second or third place. Allies are expected to wait and observe where the electoral weight balance is in this case. I believe we have a different plan as well.  Basha’s DP has not pushed on forming a coalition with the allies, possibly for tactical reasons, since it will confront a coalition that includes the SMI”, Nesturi declared.

Duka; “Perhaps we can endorse one of the candidates . We were unable to form coalitions because we were bewildered

Agron Duka, the leader of the Agrarian Environmentalist Party, discussed with Alba Alishani in “Debate” some of the reasons why Democratic Party allies did not register for the March 6 local by-elections.

Duka claimed that several sympathizers were found disoriented and hesitant to establish alliances and take sides between the two conflicting groups, “blaming” the disputes inside the DP. However, he added that there is a potential to endorse one of the candidates in this election.

“We were unsure and bewildered when it came to forming partnerships. We requested for a joint candidate, but it was not realized, because we do not claim to win a municipality. The DP’s parties appear to be in a situation where they can’t aid each other in this election. Then we decided that we shouldn’t be a part of a DP group in order to avoid taking sides on who the true DP is. Maybe we can endorse a single candidate in this produced circumstance, a tough situation for the opposition, considering how much the public would like that specific candidate,” Duka added.

Withdrawal of allies from the March 6 elections, Çela: Message to Lulzim Basha

The fact that the allies kept out of the contest on March 6, when by-elections will be place in 6 municipalities around the nation, was a message to Lulzim Basha, according to analyst Erlis Çela, today’s guest on “Debate” from Alba Alishani.

“The Allies’ March 6 stance would undoubtedly have political ramifications. From this perspective, the opposing coalition parties’ choice might be described as politically correct. However, their approach does not reflect the same impartiality, since they have kept an attitude even while keeping out of the competition. Given the fact that Mr. Duka, as well as other associates, were part of Basha’s April 25 team. The choice not to participate on March 6 sends a message to Basha at this moment. At the very least, they are unsure. They are indirectly telling Basha that they do not view the elections on April 25 to be the same.

However, Agron Duka stated in “Debate” that pulling out of the March 6 race was not intended to send a message to Basha.

“I’m not sure who I’ll vote for in Durrës,” Duka: In the DP, both parties have picked candidates like never before

Even Agron Duka, the leader of PAA, believes that the two factions of PD have picked extremely strong candidates to face off in the local by-elections.

Regarding the race in Durrës, where Duka is supposed to have the most support, he stated that he will choose between Ardian Muka and Luan Hoti based on the party.

“I’m still uncertain.” However, rest confident that my and my supporters’ votes will go to one of the opposition candidates. It must come from those who, based on the plan, are willing to support a campaign because they believe it has a chance of winning. Both candidates are people I know, and they’ve been in a political battle before. They’ve been battling in the DP for a while now. It’s challenging for me. However, we will pick one based on public opinion. Nominations are crucial, but in these elections, supporters of the right-wing candidate also want to express their support. They searched in every direction for capable individuals. They’ve picked their candidacies in a way they’ve never done before, competing with one another. SP is more at ease; it hasn’t paid attention to the candidacies,” Duka explained.