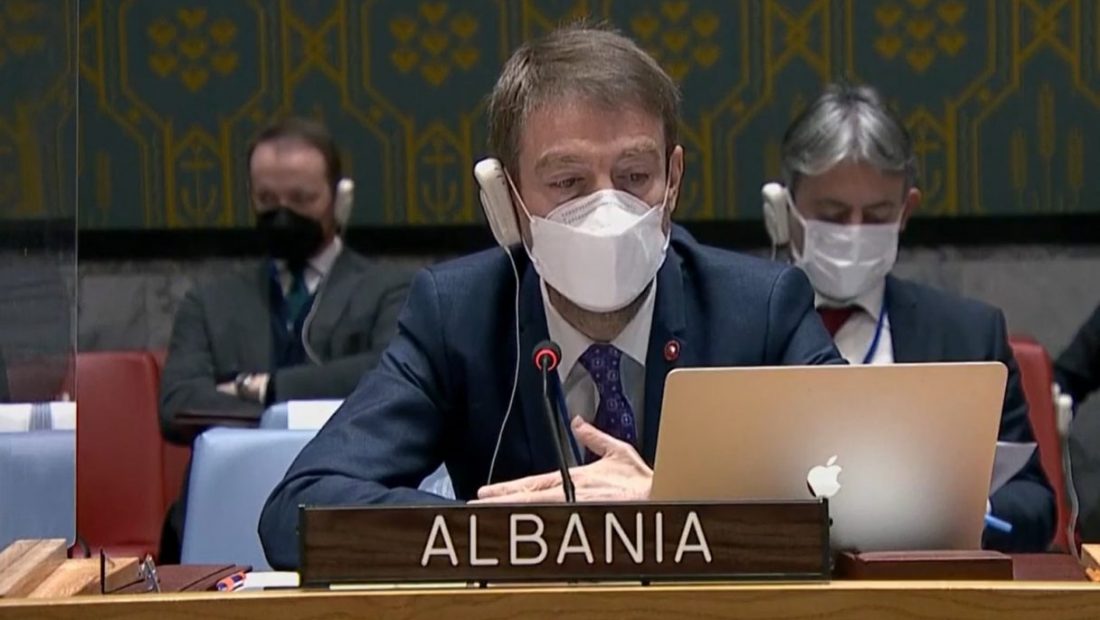 “These Russian troop movements have raised alarm, particularly in Europe. Recent border developments have been a recurring theme. We have previously witnessed them in Georgia, at the expense of human life. Russia can do more to make the world a safer place. However, they are doing the opposite,” Hoxha stated in his statement.

“Countries are and should be free to affiliate with any organization. Sovereign nations make decisions of their own volition, not under threat of armed conflict. Albania is of the opinion that this situation should be resolved through diplomacy. We must all bear in mind that the crisis is affecting all of Europe.”

A public meeting on the situation in Ukraine is taking place at the United Nations headquarters in New York. Russia is accused of organizing an invasion of the country, which Moscow denies, but needs assurances that Ukraine will not join NATO.

Albania will participate in the UN Security Council for the next two years as a temporary member.